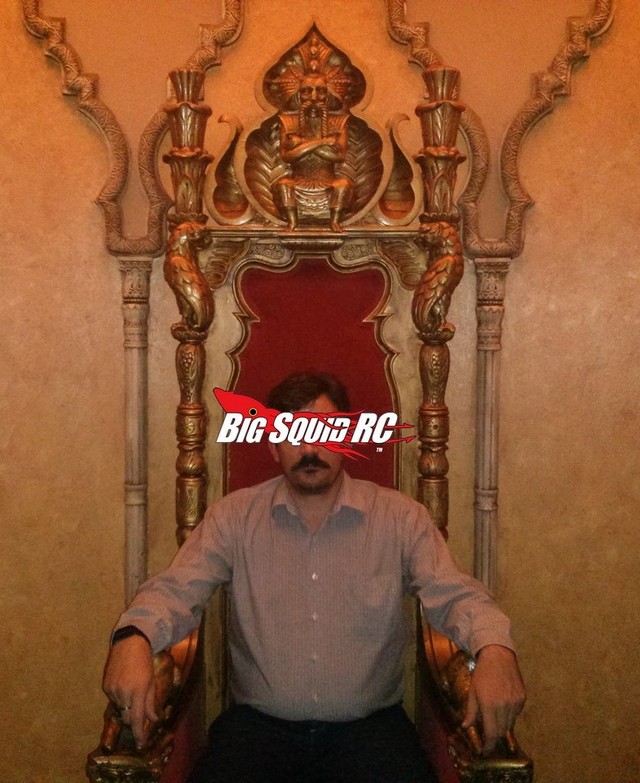 Hello hobbyists, industry types, and those that just happened to stumble across this column via Google, this is THE Cub Report, a weekly look into the wild world of rc. With this being the last week of the year, I am doing my annual look forward, putting pen to paper (read- fingers to keyboard) to let you know what I’ve heard might be in store for our industry in 2015.

First up- as you’ve been seeing on our front page, the “New Normal” in surface rc is becoming scale detailing. Recently we’ve seen RC4WD introduce action figures, we’ve seen Killerbody introduce bodies with clutch/brake/gas pedals/shift levers/windshield wipers/rear view mirrors/etc, and even companies like TheToyz put out small banners for scale garages. Well get used to it folks, you’ll be seeing a whole lot more of that in ’15. Scale is all the rage and will continue to be so next year. Actually, it’s all the rage in some genres (like drifting & off-road crawling), but has yet to take-off in other genres like monster trucks and buggies.

Perhaps the strangest conversation I’ve had in years was last week concerning the new RC4WD action figures. I was speaking with someone at one of the “Big Two” distributors and they wanted me to help them understand why action figures are needed, and more importantly, if having an action figure in a hobby grade rc car could actually become part of the “New Normal”. While I am out in the field 3-4 times a week bashing with consumers, I still can’t wrap my head around the action figure thing, in fact, I find the trend a bit disturbing. I have a hard enough time justify playing with high tech toy cars at the age of 40’ish, but I am not 8 years old anymore, therefore I just can’t see myself ever doing the action figure thing. Anyways, I was of zero help to the industry insider I was talking to, but I will say that if action figures are going to become the norm that there are a whole lot of big industry names (me included) that are having a hard time wrapping their head around why a consumer would even want one in their car. I can’t imagine a new normal that includes action figures, hoods that pop up to reveal perfectly detailed engines underneath, gas/brake/clutch pedals in every car, etc, but it is possible that is the future of our hobby.

Second up- quads are hot, hot hot, from Best Buy to gas stations to your LHS they are literally “flying off the shelf”. With our wonderful government getting to ready to legislate them back into the stone age, people in our hobby are scrambling to make as much money as possible off the genre before the hammer comes down. Industry insiders say they expect government intervention to kick in during the third quarter of ’15, or perhaps as late as the second quarter of ’16, and whatever laws get passed are bound to dramatically change (read- kill) the quadcopter/drone/multi-rotor landscape.

I have heard that multiple manufacturers will be announcing fewer new cars in ’15. I’ve been lucky enough to see some pretty catch-all sales charts of the surface industry that show a steep downhill slide since ’08 (in sales), with ’14 setting a low that hasn’t been seen since ’96. For the last few years manufacturers tried to keep gross sales up by introducing lots of new models, but now even that approach isn’t working. Expect several manufacturers to cut back on the number of new models released and focus more marketing on existing products.

One exception to that trend looks to be Hobbico (Durango/ Duratrax/ ARRMA/ Axial/ etc) who are rumored to be going big in ’15. The brands under the Hobbico banner had a bunch of big releases last year (Axial Yeti, ARRMA Kraton, etc) and I hear we can expect another big year for them in ’15.

I’ve also heard some rumors about “Big News” coming from Vaterra (but no specifics). Will the big news be a bunch of new models? Will it be them stepping up their game to even more scale detailing? Or could they be dialing things back? I have no idea, I just know it’s an excellent line that isn’t selling as well as it should.

With Axial being one of the (if not the number one) hottest names in rc right now, I’ve heard rumors that they’ve got a few cool models coming in ’15 but no new platforms. Hey, the new platforms they introduced last year, the Yeti and Yeti XL, are still blazing hot and too many new platforms can be a bad thing for sales. But.. those Axial guys are pretty gnar-core, don’t quote me on it, but I’m betting their Ascender killer hits shelves for X-mas ’15.

Rampant rumors persist about Traxxas, so even I am predicting they will pull out some new ground shakers in ’15. I definitely have no inside scoop on that one, so you can file it as just wishful thinking, but right now a good healthy Traxxas is good for everyone in the hobby, so I’m hoping they unleash a couple of new true bash machines to help give local hobby shop owners a nice shot in the arm.

Surface FPV has been lagging wayyyy behind FPV in air for years, but in ’14 we saw the Kyosho iReceiver system get some traction and I’ve heard rumors that other surface brands are getting fired up to join the party. According to what I’ve heard we’ll be seeing more than one new FPV RTR hitting the market in ’15, which I’m a big fan of so I’m stoked, but for the longtime hardcore rc’er it is going to be quite a shock to their system.

Not that I’m that privy to juicy sales trends, but I expect the surface rc market to be up in ’15. Even something like lower gas prices can make a solid difference in rc sales. It’s hard to justify spending cash on toy rc gear in a rough economy, but the extra $20 saved every time someone fills up at the full size pump can easily be justified into a new set of Pro-Line tires or saved towards a new ARRMA RTR. I predict that if gas prices stay low up to the tax season that rc is going to have a much better year than in ’14. If it doesn’t, and if we see more hobby shops/manufacturers/tracks die off, then we might very well be staring straight at a car audio/paintball scenario, and I don’t even want to think about that.

I can’t wrap this up without mentioning BigSquidRC. We’ve been working on a site re-design for what seems like forever now, but Jeff Hoy has been burning the midnight oil and it just might go live this week (or some time shortly thereafter). We are looking to give the site a less cluttered look along with a fresh facelift. With any luck the site will look better (and work better) than ever, without alienating those that love how the site is now. Also… because one of the most asked questions we still receive on a daily basis is “Where is the live show????” we are working on a new one. That type of web-show is a habitual type of thing, don’t be surprised if we announce that it’ll be a nightly type dealio that covers each day’s rc news.

Oh ya, one more thing, we’ll be announcing our annual “BigSquidRC Vehicle of the Year” this Wednesday. This is a big deal for us and a huge deal in the industry, so tune in on Wednesday to find out which vehicle we proclaim to be the best bash machine that you could buy in 2014. No doubt ’14 was a banner year for new vehicle releases, our choice was harder than it has ever been before, but the winner is truly one of the best bashers ever to hit the market.

Hey, my fingers have finally run out of words to spew, have a safe and terrifically exciting New Years Eve and day, and of course support your local hobby shops and bash spots when ya can.