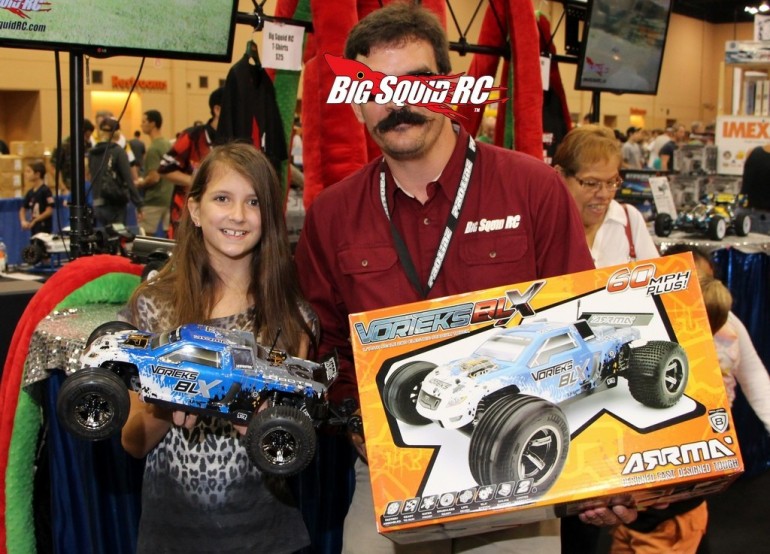 Hello one and all, here we go with this week’s Cub Report.

First up, I have to mention the Feld Supercross series, it really is getting good this year. For those of you that attended or watched the last round from St Louis, you already know that Eli Tomac crushed the field, but that Ryan Dungey and Chad Reed stole the show. Sadly, it wasn’t stolen in a good way as Reed decided to do his best to slow up Dungey, who was hot on the heels of Tomac, even though Chad was going a lap down. That was enough to set the motocross message boards on fire, but to me personally, it reminded me of about a zillion times racing rc cars where lappers would suddenly want to race, or get even more stupid, and decide to take me out as I was putting them a lap down. The frustration of a-hole lappers is one of the many reasons I rarely race anymore, I’m sure many of you have felt the exact same kind of anger.

I hope you maniacs enjoyed our April Fools posts over the weekend. We were the first big rc site to do April Fools and we look forward to coming up with new stuff every year. Ok, so maybe you didn’t get fooled, but plenty of people did, so I hope either way you enjoyed the posts. To see all our April Fools creations over the years, check out This Link.

While we did do an April Fools edition of our March Bashness contest, the real deal is up right now and waiting for your vote. After all of your voting, the final two trucks ended up being the Traxxas Slash 4×4 against the ARRMA Nero Big Rock. Use This Link to get your vote on and show the world who you think should win this year’s March Bashness. There ya go ARRMA and Traxxas armies, you’ve got until Wednesday at Midnight CST to get all those votes in.

It has been a while since we have covered a trade show. Yes, we did SEMA last fall, but it has been wayyy too long since we hit a legit rc show. That changes this weekend as the BSRC Bash Crew hits Toledo Ohio to cover Weak Signals. If you are a surface guy, you’ve probably never heard of it, but if you are into the air scene, you know what’s up. While I am not personally an “air guy”, I do love Weak Signals. It is typically super busy with both consumers and manufacturers. Better still, it has been a “selling show”, meaning that most booths brought in loads of inventory to sell of the public. In fact, I know of a lot of air guys that save up cash all winter just to go spend it at Weak Signals. Airplanes, batteries, rotors, motors, if you use it in the air, it was for sale. This year they are also placing a bigger emphasis on the drone market, I can’t wait to check it out. If you live in the area, or are up for a cool rc road trip, I hope to see you there too.

Lastly, I do hope Weak Signals is as busy as ever. Our industry has lost too many shows in recent years. iHobby is gone, I haven’t seen a word about RCX for 2017, and Nuremburg was super light this year, hopefully Weak Signals bucks the trend with a massive turnout.

So there ya have it folks, that’s all I got for ya this week. As always, get out and support your local hobby shops and bash spots when ya can.