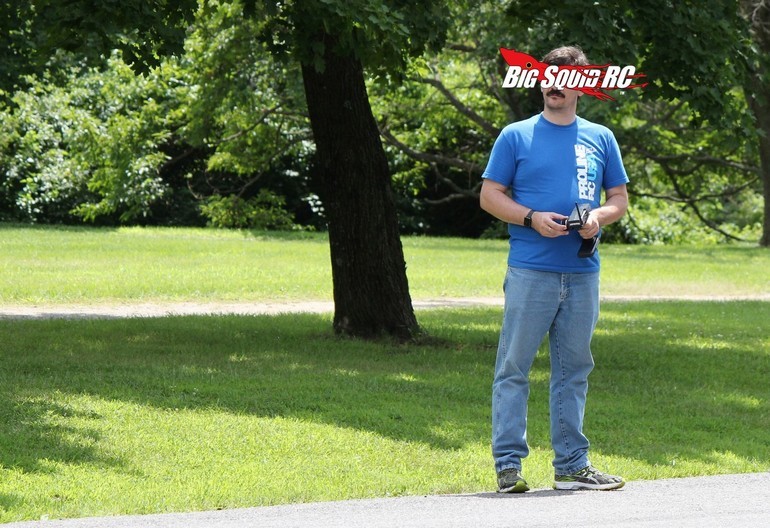 THE Cub Report – Back In Action

Well hey there rc fans, glad to have ya here at BigSquidRC. I am Cubby, and after a week “off”, I am back and ready for another fun filled week in rc. Here we go…

First up I gotta talk about BigSquidRC’s March Bashness! As you long term readers know, March Bashness is one of our biggest “events” of the year, a time when all You Peeps get to tell the entire rc world what you think is cool. Just like the basketball tournament, our March Bash-Ness contest starts with a sweet 16 of trucks that battle it out until there is only one winner. Each year our readers determine the overall winner via voting for their favorite bash rigs. We go from a sweet 16, to an elite 8, to a final 4, then finally to an overall winner.

Last year was the first year that we opened up a second bracket for scale crawlers in March Bashness and we will be doing that again this year. For 2019 we will have an overall bash truck winner, as well as a winner for the scale crawling side of things. And while I don’t have an exact starting date for March Bashness, expect it to kick off about the same day as the NCAA’s sweet 16.

On the bash truck side of things, oh my, do we have some epic trucks this year! You’ve got BSRC’s 2018 Bash Vehicle of the Year the Traxxas UDR, plus trucks like the monsterous 1/5 Primal RC Raminator, the Pro-Line PRO-MT 4×4, the Losi Super Baja Rey, as well as a slew of trucks from ARRMA, etc. Then on the scale crawling side, there will be even more awesome trucks to vote on! As per our norm, we will do a post on our front page (and over on FB) where you can nominate the trucks that you want to see in our initial sweet 16. After that, we turn the voting over to you guys to determine the two overall winners! Also, just like in previous years, we will be giving away the winning truck from the bashing side, as well as the crawling side, to a couple of lucky readers after the champions have been crowned.

While myself and couple of other staffers were out and about on special assignment (and a couple greatly needed days off) Traxxas decided to go off the rails and put out a couple of new kits. Let me say that one more time, as that sentence probably didn’t make much sense to long time hobbyists, but yes, Traxxas announced a pair of new KITS last week! Traxxas is a company best known for making RTR pre-build trucks that took over the world, now they are going old-school by putting out kits. And while a TRX Sport kit is quite understandable because scale crawling enthusiasts love to build their trucks, the release of a Stampede 4×4 kit is a real shocker! There is no doubt that the Stampede 4×4 is a huge seller, we are super stoked to see it released in a kit form so that fathers and sons can get in some quality wrenching time together.

Also, before I go, there should be a pretty awesome rock crawler announcement this week, one that has been around a while but is back better than ever. Keep your eyes on our front page later in the week for that one. 🙂

So there ya go, yet another Cub Report is in the books! Until next week please support your local hobby shops and bash spots when ya can!