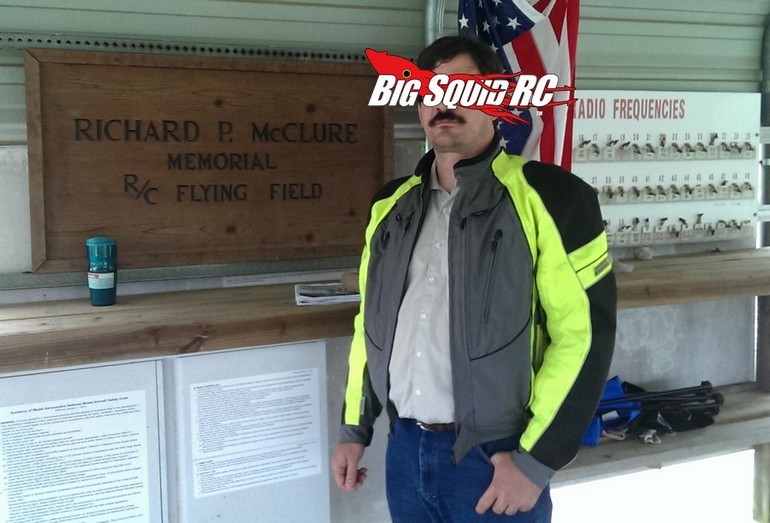 THE Cub Report- Doubling Down

Where are all the posts at? LOL, well, we’ve been out of the office a lot the last few days, so our entire crew is in recovery mode at the moment. No worries though, posting will get back to normal tomorrow.

Everyone wants to know, how was the Rocky Mountain Hobby Expo? Well, it was better than expected for consumer foot traffic. On the surface rc side of things, there weren’t many companies in attendance. The RMHE had VP Fuel, Horizon Hobby, HRP Distributing, and BigSquidRC on hand to show people what surface rc was like. Overall the show filled up the expo hall quite well. It wasn’t cramped, but it wasn’t nearly empty either. There were loads of railroad, Lego, etc, booths to help fill up the convention hall.

The Denver venue was nice. It was in a decent area that was easy to get to, plus the venue itself looked decent. Consumer attendance was surprisingly good on Saturday, unfortunately on Sunday the Denver metro had 75 degree temps and sunshine. Nice weather is a bad thing for show attendance, but at least on Saturday the isles of the show were filled for several hours. We are 100% in for the Rocky Mountain show in 2018 and can’t wait to get back. Also, if your company is considering going next year, get with Horizon or HRP to ask how it went, I am quite sure they’ll say the same things about the show that I have.

By the way, the Denver show was a selling show. I stood by the exit on Saturday afternoon to take a look at how many people were leaving with product in hand and I was amazed. By my count, around 50% of people left with product in hand, and after talking to a couple of booths that were selling, they were totally stoked with the numbers they were seeing.

Two more notes about the Denver show. One, we’ll starting posting full show coverage tomorrow. And two, we were blown away by the event organizers. We went out to dinner with them on Saturday night and were amazed what an affable and tight knit group they are. We had a blast learning more about them, they did an incredible job of making us feel like family.

OK, so one last thing from the show. It was incredible how tight “rc people” were at the Rocky Mountain Hobby Expo. No matter if you were a consumer or a manufacturer, the rc guys seemed to instantly become brothers at the show. With our hobby having a rough time right now, it was not only awesome to meet face-to-face with others in the hobby to talk shop, but it was also cool to see all the surface companies helping each other out like they did. With the hobby in a bad spot right now, it pays to come together and help each other out, at least until our hobby digs its way out of this hole.

Oh ya, one final about the show (I swear this time). Props to the people running the Traxxas try-me track. They did a fantastic job of keeping the trucks running and of explaining some of the basics of our hobby to first time users. The same can also be said of the Horizon try-me rock crawling workers. The guys that ran the Horizon rock crawling course were way better people than me, putting up with all sorts of crazy questions all day, all the while helping to make sure everyone had a great time trying out all the Horizon crawlers.

Super seriously, last note from me on the show. I got to talk with roughly a dozen of our “Superfans” at the Denver show. I know we get emails from you guys all the time, but to actually meet you in person was freak’n LIT. It still amazes me that anyone cares what we say or what we do. However, I am even more amazed by just how hardcore our Superfans are. I talked to one guy who could literally quote parts of my Cub Reports over the years. Heck, I can’t even remember what I wrote about last week, let alone a decade ago. Seriously Superfans, Thank You! This hobby isn’t about money, it is about getting to know incredible people like you.

Finally to a different subject…

ARRMA put on a big event in Springfield, Illinois over the weekend. I personally have a half dozen ARRMA vehicles, so it really sucked that I was working the Denver show and could not attend. Luckily for all of us, BigSquidRC Bash Crew member “Wrench Bill” was able to attend to take some pictures and get some bashing in. Unfortunately, Springfield did not have very good weather for the event, it was cold and there were some flurries, so that couldn’t have been good for attendance. Still, I really need to talk to someone at ARRMA to make sure I can attend next time as the event sounded like crazy amounts of extreme bashing fun!

Ummmmmmmmmmmm… and yes, our 1.9 scaler shootout is underway! Testing has begun, with some luck, we are shooting at getting the full shootout posted in 2-3 weeks.

OK, that’s it for this week. I am headed to bed as I got nearly no sleep last night. On the drive back home from Denver last night, T-Money decided to go deer hunting with his new car. I was asleep in the passenger seat when he tagged his 8 point buck. Needless to say, waking up to panic braking and a deer flying over my head was far less than optimal for my sleeping patterns. But such is life…

Until next week folks, please get out and support our hobby. Drop by your local bash spot and run a few packs if ya can! Better still, if you get a chance, drop by your LHS to pick up some nic-nacs, or to simply say hello.

PS- Sounds like we are doing SEMA show coverage again this year! Look for it soon!