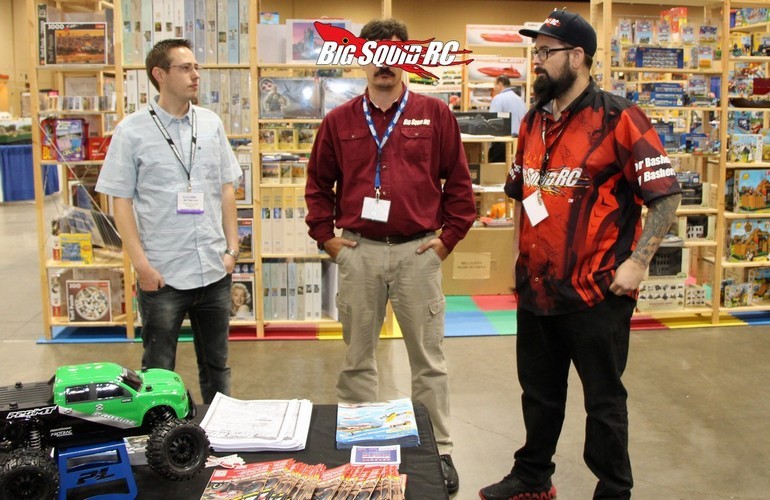 Hey ya rc fans, welcome to Big Squid and to THE Cub Report. What’s going on in the rc world? Let’s jump right in…

So ya, who would have known that big short course trucks were going to dominate Q1 & Q2 of 2018? First the crew at Losi announced the Super Baja Rey. Then last week Traxxas unveiled their pro scale sized Unlimited Desert Racer. Also, to show everybody what’s up if you really wanna go big, Kraken announced their new TSCO Racing Desert Truck. All three are beasts and look freak’n incredible, at least to my old tired eyes.

Short course trucks came on strong about a decade ago with the 2wd Slash. Since then, consumers have slowly been losing interest. However, with a new crop of larger short course trucks, trucks that are not only about performance but also about scale looks, it looks like SCTs are getting ready to take off again. Short course/desert trucks should be a staple of our hobby. I mean, in the real world they are all about uber performance, so that makes them a great fit for rc. For rc manufacturers, they can build a truck with loads of performance, then do their best to make it look just like the 1:1 equivalent, then sell a ton of’em. I know our crew around the office was pretty burnt out on normal 1/10th 2wd short course trucks, but the new crop of bigger, meaner, more scale trucks has got them all biting at the bit yet again.

So… the Toy Fair was held again in Nuremburg last week. I didn’t go personally but we did get show coverage from our homeskillet Thomas Wielgomas. Tom made the trip from Germany to SoCal for the bash we had last fall with Pro-Line Racing, lucky for us he could make the trip to Nuremburg to check out the show for us. From what we’ve heard from Thomas and other industry peeps, the show was dialed back a bit again this year, but still had a solid showing for surface rc. Tamiya was once again one of the biggest rc exhibitors, along with Traxxas.

Speaking of Traxxas, they also announced the new E-Revo 2.0 and their Ford Bronco TRX-4 at the Toy Fair. We have been receiving more email about the Bronco than we ever received about the original Land Rover or the Tactical Unit, so we know it should fly off shelves when it starts shipping. About the Revo 2.0, it is radically different, but it doesn’t look that way. In fact, I have read several threads where people have been talking about how it must not be different because it looks mostly the same, but that is not the case. To me it looks like Traxxas beefed the Revo 2.0 up like crazy. It looks to me like the designers of the truck got in contact with the Traxxas Demo Team and asked them what they would like permanently fixed on a normal Revo. Then they beefed it up even more. We have not driven or tried one yet, but it looks like it should be an absolute awesome hard/extreme bashing style of truck.

One last note. While most companies simply don’t have the cash to make the trip to Germany for a trade show, good old America does have a show coming up. We were big fans of the Rocky Mountain Hobby Expo last year and will be going back bigger and better for 2018. The Rocky Mountain show is open to the public, they allow/encourage selling at the show, and booth pricing is really reasonable. I am mentioning this now because February is a great time to start thinking about getting a booth. Depending on your product, you might be able to make some decent bank by selling to thousands of hobbyists right before the holiday season, or going to the show might get you a lead or two to help take your company to the next level. Or, I really only go to hang out and have fun after the show hanging out with other industry types. Any which way, use This Link to get more details on the 2018 Rocky Mountain Hobby Expo that kicks off in late October.

That’s all I have for ya this week. Have fun, go fast, break stuff. Oh and, visit your local hobby shops and bash spots when ya can.