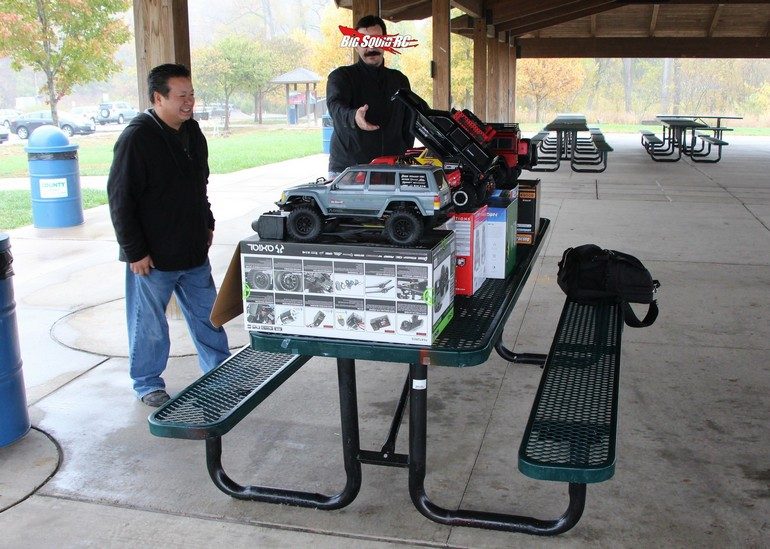 THE Cub Report – Go Epic, Or Go Away

Hey there folks, welcome to THE Cub Report. Like most weeks, there is a ton going on, so I am going to jump right in.

First up, before I get to the main subject, I would like to mention the Team Associated CR12. I am sorry, but I grew up when Team Associated were the best cars you could buy. When they put out a new car, it ruled the segment, no ifs, ands, or buts. In more recent recent years, AE has been putting out some cool race cars that are clearly some of the most capable that money can buy, but they’ve also been selling some more entry level vehicles like their 28th scalers and the Apex series. So, while some diehard AE guys may be stoked about the CR12, I just look at it with a big facepalm. The AE I knew would have come in (really later, like even later than this) really late to the game, but crushed it with a 1.9 scale crawler than brought improved performance to the trail. What they released was an entry level 1/12th scaler that has a nice body, but has wheels/tires that look like they came directly off its Thunder Tiger cousin. Btw, “nice” bodies don’t cut it now days, and while 1/12th scale helps keep things affordable, I would much rather have seen them come and kick some ass with a 1.9.

Now, on to the main topic, long jumping! You see, Horizon Hobby’s RC Fest is having a huge long jump contest, and here is some of the scoop. First off, world record holder, and Losi 8IGHT buggy driver, Paul Bludgen, will be jumping on Saturday June 2. Not only do you get to see Paul get the biggest air in all of the sport, but you can also long jump and try to break his record of 262 feet! As far as the venue is concerned, it is going to be primo for long jumping, and long jumping will be held for 1 hour on Saturday and Sunday. There is a reallyyyy long paved run-up area, then the ramp, then plenty of grass to land it. If going EPIC is your thing, if you wanna go for the record, or if crawling is your thing but you just wanna see an rc car go over 200 feet through in the air, make your plans now to be at RC Fest on June 1-3 just outside of Champaign IL.

Also, do you think your car is fast? RC Fest will also be having an rc speed run competition presented by Castle Creations. Do you want to be the first ever high speed champion at Horizon’s RC Fest? Do you want to show everyone that you can easily back up all your YouTube videos? Are you really wanting to put your name on the high speed map? No matter if you are doing 50 mph or 120, please consider running high speed at RC Fest. The event will be getting a ton of coverage this year, plus it will allow you to rub elbows with other hardcore speed run guys like yourself.

But wait, there’s more, lots more! RC Fest will have a Show and Shine on Saturday, a Brian Parker built Pit Bull RC Tires scale adventure course, Pro-Line Racing Alley with heads up Vegas style monster truck racing, a Raminator Freestyle monster truck competition, a tug of war, a demo derby, a sumo event, as well as the previously mentioned BigSquidRC long jump competition. Ya, so there are loads of events to compete in, could there possibly be anything else? Actually, yes. LOL. Horizon also has numerous try-me areas that are totally free including crawlers, trucks, drones, and airplanes!

To get all the rules and details on the bash events at RC Fest, Click On This Link. Also, that’s all I have for ya this week, get out and support your local hobby shops and bash spots when ya can. And before I forget, feel free to pop an rc sticker on your full sized rig, rc could certainly use the exposure.