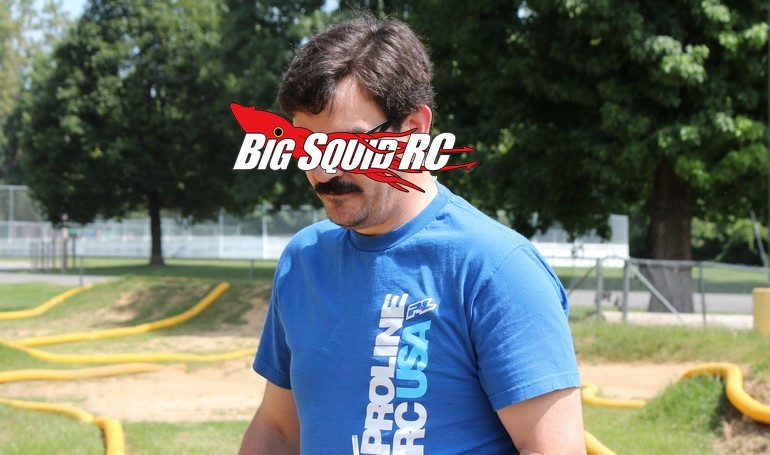 Whoa, what a crazy time it was last week in the rc biz. There was some epic announcements no doubt, shall we dig right in?

Yup, the Pro-Line PRO-MT 4×4 has gotta go at the top of the list for last week. If there ever was a truck solely designed for bashing, I think it has to be the PRO-MT 4×4. Todd and the P-L crew went above and beyond on the 4×4, and it shows. Like the PRO-MT before it, our bash crew sees the 4×4 like a full on factory works bash machine where each and every part has been designed to be the best it can possibly be. Now, the 4×4 comes as a roller, which is awesome for us long term hobbyists. I mean, I can’t count how many extra BL systems I have laying around the house, I am stoked that I won’t have to pay extra for a truck that comes with electronics that I would immediate replace anyways. And while noobies want full RTR out of the box, I don’t see the 4×4 as being aimed at them, instead it was designed for the long time extreme hobbyist, which is pretty much everyone we have on staff here. We have gotten in very little time with the PRO-MT 4×4 so far, but that is changing every day, and our full review should go live some time next week.

Pro-Line was nice enough to debut the truck at the P-L/BigSquidRC bash in California over the weekend. The event was blessed with decent weather and plenty of smiling rc faces. Pro-Line does Not mess around when they put on an event, the Monster Truck A-Palooza was perhaps one of the best organized and run bashes in history. Oh and, we gotta give props to the guy and his son who flew in from Germany just to compete! Look for full Monster Truck A-Palooza event coverage later in the week.

Also on the new stuff front was the announcement from ARRMA of two new Mega series 4×4 trucks. A lot of consumers have been begging for a Granite 4×4, heck, even our staffers have been, so we were stoked to see it. The Granite 4×4, along with an updated Senton 4×4, are expected to ship soon and have really inexpensive price points. Once again our entire staff has gotta give ARRMA props for responding to their consumer base, and because of new features like their electronics and motor modules, along with new shocks. It is obvious that ARRMA wants to put out the best bashing products possible, massive props to them!

Also announced last week was the kit version of the Losi Rock Rey. Many hobbyists, especially those in the scale/crawling/rock racing scene like to build from the ground up. The Rock Rey kit saves the end consumer cash by not coming with electronics, it allows them to add upgrades during the initial build, and Losi was nice enough to add a number of hop-ups right into the kit.

Lastly… JConcepts put out a new drag race body? Near me, in both the Chicago and St. Louis metro areas, there are a LOT of drag racers. That certainly isn’t the case nation wide, but I see drag cars every week and often times race them myself. For such a small genre, it was really cool of Jason and his crew to work up a body just for the drag racing crowd. No, it won’t be a huge seller, but all those drag guys will remember that JC isn’t just for 1/10th buggy anymore. In fact, between all their monster truck, scale truck, and off-road racing products, JConcepts has a very nicely rounded product selection now days.

Look for our review on the Redcat Gen7 Pro and HPI Venture FJ in the very near future. We’ve been driving the tires off both of them and both have distinct personalities. Both are also entered into our 1.9 Scaler shootout which we hope to go live with early in November.