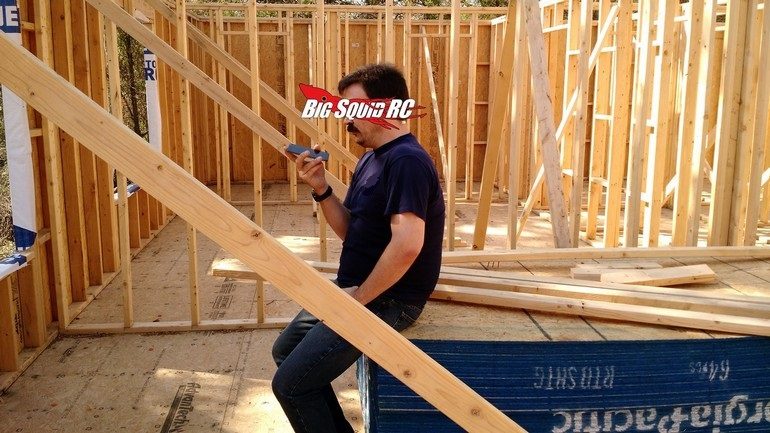 Well hello there friends, welcome to THE Cub Report. I trust you had a great weekend filled with loads of trigger time, as well as at least a couple of hours chill’n with the person that brought you into this world.

By popular demand, I gotta crowbar some Feld Supercross in here. Yes, I know it was an off week as the teams switch from Supercross to Motocross modes, but there was some big news that came out. It seems the sport’s number 1 rider, Ryan Dungey, may have attended his last race in front of the fans in Vegas last week (might have been Reed’s last race too!). I certainly don’t hope that is the case as Dungey is the kind of class act that looks really good at the front of the pack, but he is no spring chicken and might just decide to pull a Carl Edwards. The moto media says the PR is supposed to go live any time now, we’ll see.

In the rc world, last week was very exciting. Thanks to our man Andrew, we were able to provide coverage of the NRHSA show out in Vegas. I worked that show a couple of times, albeit I worked them Cubby style – very little time in the booth, lots of time out wandering the strip. But still, it has always been an interesting show. This year it was awesome to see so many different manufacturers teasing new products, a sign that perhaps our industry is on the rise.

And while there were a bunch of new releases at NRHSA, the biggest in my eyes were the two FPV Equipped surface vehicles from Dromida. I have talked for years how it was just a matter of time until that happened, and while I’ve had first hand knowledge of other FPV surface cars that were being tested, none of them have made it to the market. That means that Dromida/Hobbico get the distinction of being the first to offer mainstream hobby grade vehicles that come from the factory equipped with FPV.

Yes, Dromida is early to the game on this one, but that is very cool of Hobbico to be the very first to test the surface FPV waters. FPV has been around a long time, but only in the last 3-4 years has it really started to take off in the air segment. My crystal ball is still in the shop so I have no idea if it will take off in surface like it did for racing drones, but I do know that I’ve driven cars via FPV for about 10 years now and I have personally always been a fan of it. While some of you have experienced driving cars via FPV, for those of you that have not (which will be the vast majority of you), it is a totally different, and immersive, way to drive. 20 mph in an FPV car feels like you doing 100 and driving from the perspective of actually being inside your rc car has brought a lot of new found excite to me in the hobby. I hope it can do the same for mainstream hobbyists as well.

However… we know how the old school hobbyists in rc are, they love to turn comms, waste hour upon hour with their Turbomatchers, and hate against any and all new technology. Remember when LiPo and brushless first started taking off, how the message boards were filled with hate against the new stuff that the old schoolers just couldn’t wrap their heads around? Expect them to have the same stance on FPV. But, just like how they slowly figured out just how much faster/better LiPo/BL was, they will come around on FPV too, given the Right opportunity to try it out first. And yes, just like LiPo/BL has become the new standard in rc, driving via FPV could potentially do the same thing. It is possible that it simply fades away, but it is also possible that 10 years (or even 5) from now you will be driving while looking through a set of FPV goggles. Entire drivers stands, just like frequency clips, could go extinct. Oh yes, you can laugh now, but depending on where the marketing firms want to push the hobby, that could very well become reality.

One more thing from last week… how about HPI Racing? Those guys are after my own heart I think. Why do I say that? You have to watch This Video. I love how open the new HPI is being, basically saying that ya, we messed up, but we really want to not just get back into the game, we wanna own it. I got a chance to talk with some of the guys from HPI/Ripmax last summer and they were honest to a fault. Just like I said last week, you can’t get somewhere unless you know where you want to go, HPI is aiming at the very top, good for them! Who knows if they have what it takes to dominate the marketplace again, but at least they have the attitude needed to get there.

So there it is folks, another CR is in the books. Thanks as always for reading and try to get out and hit your LHS and local bash spots when ya can.