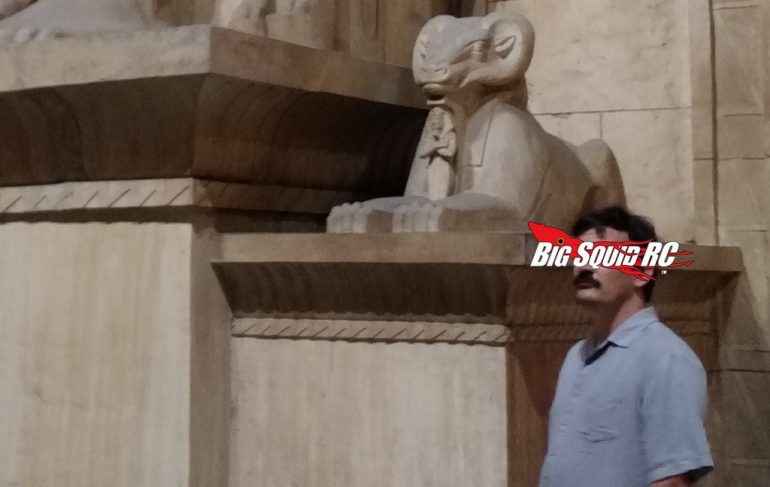 THE Cub Report – Here Comes The Big One

Well howdy there rc hobbyist, thanks for visiting us at BigSquidRC. Here at BSRC, we dedicate ourselves to the “basher” side of the hobby. What is a basher? That’s a hobbyist that spends most of their time driving in their backyard or local park. If you are a basher like us, props to you! Lets jump right on in…

Hummm… so I’m trying to think if there was any “big” news from last week. Hummm… LOL. Oh yes, the new ARRMA 1/5 Kraton 8S dropped early last Thursday morning. Whew, where do I even start here? I guess with the fan reaction…

Ya know, ARRMA has a particularly fervent bunch of tifosis called the ARRMA ARRMY. This is a group of more hardcore bashers that typically only drive ARRMA vehicles. The ARRMY has been hoot’n and holler’n for “something to crush the Traxxas X-Maxx” for months, so ARRMA responded with the 8S Kraton. Some of their fans just didn’t think it was big enough. They literally wanted a truck so big that it towered over the X-Maxx to crush it with size.

I choose to see it this way… that ARRMA sought to build an X-Maxx killer, in the same size category. And seriously, I see the overall dimensions of the 8S Kraton as perfect for running right alongside other “large scalers” like the X-Maxx, Losi SBR & SRR, etc. Sure, ARRMA could have put out a truck much larger than the X-Maxx & SBR and “win” via pure size. But, where’s the challenge in that? If you are really up for a challenge, you take on the big hitters in their weight class.

ARRMA scaled up the Kraton, which is arguably the best 1/8th scale basher of all time into a “1/5” scaler. Now, “1/5” might be a bit of a stretch to some on this one, but virtually all the scales are way off from reality. Heck, Traxxas simply skipped the whole “scale issue” and just went with “Pro Scale” on their larger trucks.

Anyways, the 1/5 version of the Kraton is one hell of a bash machine. ARRMA didn’t “miss” with this one. While some people may be tripp’n out on the various forums and groups, at the end of the day, the 8S Kraton is one wicked bash machine. Seriously, rewind the clock just 5 years. Imagine if you showed up to a big bash at the park with the 8S Kraton 5 years ago. Rewind the clock 10 years and think about it. The 8S Kraton really is some high-end bash engineering. It was made to take on all comers down at the local empty sand lot. There, it can simply run over 1/8th scalers, then out-corner and out-jump the bigger trucks. For all the heat the 8S Kraton has already taken, it is one hell of a gnarly overall bash machine. To boil it down, once the 8S Kraton makes it into more consumer hands, it will have no option but to really take off, it is that good at what it was intended for.

The guys over at Pro-Line have not been messing around. It seems like they are dropping new belted tires every week, which is music to the ears of us bashers. Last week P-L announced 3.8″ belted Street Fighter HPs for all you speed run fanatics out there! Seriously, all these belted tires are making a huge impact at not only bash spots, but also rc drag strips and speed run areas.

Oh, and did you see P-L’s new Jeep Gladiator body? The 1:1 Gladiator is on a LOT of people’s wish list this holiday season, now thanks to Pro-Line you can build a scale crawler version. The P-L Gladiator has some pretty incredible detailing, one of the best from Pro-Line yet.

And… I’ve run out of ramblings. Thanks for reading, support your local hobby shops and bash spots when ya can!