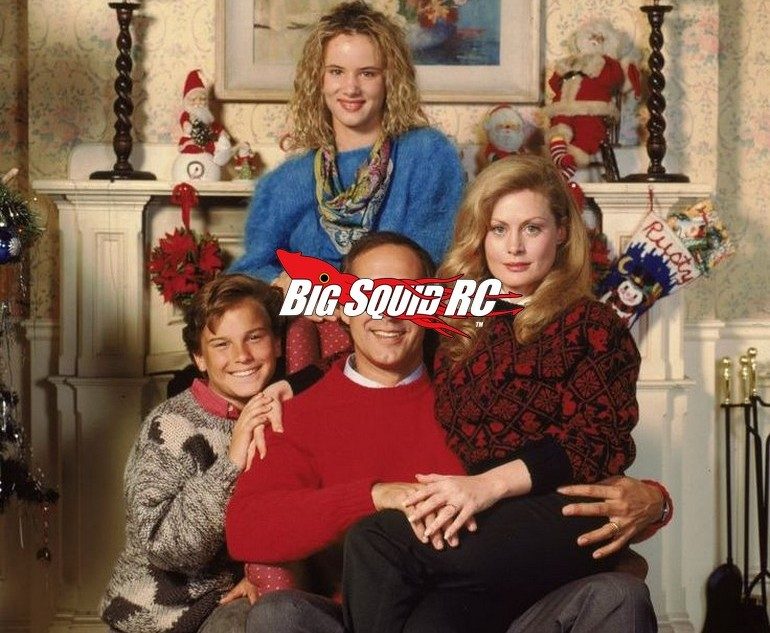 Well hello there party people, a very Merry Christmas and a very happy Holidays to you! I hope you are having some great food and spending time with friends and family.

So, as all THE Cub Report super-fans know, I always do a “What the Bash-Crew wants for X-Mas if money were of no consequence.” Cub Report every year. Not being one to disappoint, I got with our entire group to see what is at the top of their list for X-Mas 18′. Here we go folks…

Brian “Boss Guy” Smolik- Huummmmm, so you really have to wonder what Brian would want. You see, Brian owns Big Squid, plus he is on the fancy-dancy-uber-high-zoot industry board, writes for the industry mag, he talks to industry insiders on the hourly, etc. Brian is far, farrrr, from being an “average” consumer, so what does he want under his tree this year? His answer was a DJI Mavic 2 Pro, which probably makes sense as he already has pretty much every car on the planet sitting in his garage.

Next up is “Wrench” Bill. Wrench has been with us foreverrrrrr, or at least 15 years, and while he used to be a “nitro” guy, he trends towards the scale scene now days. Wrench fixes all the cars around here, plus builds ramps, and well, does pretty much everything else too. Bill pays for most of his rc gear, works a normal day job, and can bash with the best of’em. This year Bill wants the new Losi 5IVE-T 2.0 that was announced in late September. Lets face it, the 5IVE-T 2.0 is just one giant bashing beast, no wonder it makes the list.

Ya know, we have another Bill, a 3D Bill. 3D Bill gets his name from his flying prowess and he is a vital member here at Big Squid. 3D Bill takes care of all our flying needs, plus he is a long time old school basher. He is a very skilled flyer, but can also really wheel around a car. While most of his gear is air related, he actually wants a new ARRMA Typhon 3S Buggy. The newly announced 3S Typhon comes with a crazy affordable price point, plus you don’t have to spend a bunch of cash on batteries for it.

I know ya all know Jeremy our “new scale guy”. He lives in the greater Chi-Town metro area and is of course our resident scale guru (well, along with Doug, but more on that later). Because I live about 5 hours away in the St. Louis metro, I don’t really know him, but as we meet up at more events that will quickly change. Anywhos, it seems Jeremy wants two large scale short course trucks, the Losi Super Baja Rey, as well as the Traxxas Unlimited Desert Racer. Both are gnarly, both are scale, and both are incredibly fun to drive WFO across a wash-board surface.

Speaking of Doug, our long time readers will remember him as the guy who started our scale column, but now he is hardcore into the scale monster truck scene. Doug has raced multiple different forms of rc (from scale, to oval, to off-road) and is also a huge fan of vintage gear. What Doug wants most under his tree this year if money were no object is a Tamiya Juggernaut II, mint condition, sealed in box. Surely one of you crazy collector guys has a dozen of those sitting in storage and can hook ole’ Santa up with just one…. 🙂

The guy that does the news around here is Tim, who used to be a racer guy but has converted over to the bashing world. Tim’s garage is filled with old race rigs, but this year the new Bind-N-Drive Losi Super Baja Rey tops his list. But wait, there’s more as he didn’t stop there. As the new BND SBR does not come with a radio, Tim also wants the new Spektrum DX5 Rugged. While the rugged might be geared more towards the scale/rock crawling crowd, Tim wants it because he was there for our durability testing and saw exactly what it could endure. Needless to say a giant hardcore bash truck like the SBR needs a hardcore bash radio like the Rugged.

Hawaiian Chris is a well known figure in the St Louis rc scene. He races, he bashes, he drag races, he runs oval, he runs boats, he basically does every form of surface rc that can be done. Oh ya, he does nitro, he does gas, he does LiPo, he does Ni-MH, and he does 1/5th scale, just like he does every other scale, LOL. Lets just say he is a very well rounded rc guy, and he still pays for his own gear. Well I guess Chris wants the same things that every guy with too many rc cars wants, a new DJI Mavic 2 Pro quadcopter. OK, if Brian and Chris both want one, I have to Google DJI now…. sigh… LOL.

One of our other Bash Crew members is also well known in the St Louis bashing community, Don the Legend. Don is an old school basher that used to mainly run used gear, but now days has been running higher-end cars (think Tekno). While Don has owned a bunch of the big named bash vehicles on the market, this year he wants an 8S Traxxas X-Maxx. Don has driven a number of X-Maxxs and was blown away with each test drive, now he wants one under his own tree.

Sometimes when you get one, you get the other, and such is the case with Iron Mikeee and Robbie G. Where you find one, you are most likely gonna find the other, and come to speak of it, they do look a bit like Jay and Silent Bob when they lean up against a wall. Iron Mikeee is all hardcore basher all the time, while Robbie G has been known to race a couple times a year. For X-Mas Robbie desperately wants a new Pro-Line PRO-MT 4×4. He has driven the wheels off 3 of our own test units, so he knows first hand just how crazy you can get with one. And while Iron Mikeee usually flips out on the scale scene, he REALLY wants a new RC4WD Desert Runner ARTR with the Hero Hard Body Set. The Desert Runner has a really modern scale look that can even get an old school basher to drive slow through the woods once in a while. Oh ya, and much like Tim’s request, the ARTR of the Desert Runner doesn’t come with a radio, so he of course wants a new Spektrum DX5 Rugged.

So here we are, it is just me left. Do you have any idea just how much free rc stuff I get in the mail every year? Too much, like an insane amount. Like so much, I GIVE most of it away (the rest I admittedly bash the hell out of). So, to make my list, it is more like, would I actually go out and pay for it? In that case, right now I would absolutely go out and buy a new Spektrum DX5 Rugged, but I don’t think they are in shops quite yet. Sigh. However, I did see that they had a Pro-Line PRO-MT 4×4 on the shelf. I have two, but a third would be even better. 🙂

So there ya have it, a comprehensive list of what the guys on our very own Bash-Crew want for Christmas this year. Myself and everyone here at BSRC wishes you the very best this Holiday Season!