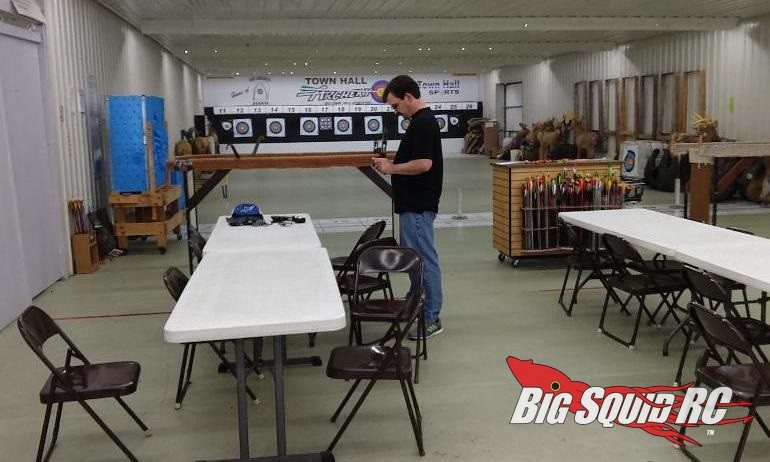 Hola there rc fanatics from across the globe, welcome to THE Cub Report. The BSRC Bash Crew is coming off yet another extremely busy week, so I will jump right on in.

In secret news that I can’t talk about, there is a little event going on this weekend that I can not talk about. However, the BSRC Bash Crew will be there for complete coverage on a select bash event that just might create some big news. And yes, I know you guys really hate teasers like this (it will involve a whole lot of “sending-it”), but I need to get it out there that next Monday you will definitely want to be checking out our front page.

In non-secret news, we are quickly approaching the X-Mas product announcement season. I think Axial Racing may have pulled the holeshot on this year’s holiday releases as they have started to tease their upcoming Capra scale crawler. The official announcement date is September 12th, which is right around the corner, and pretty much a perfect announcement date for X-Mas shoppers. Expect to see more teasers on this one as it should be one of the biggest new releases coming out this fall.

Does anyone else smell nitro right now? No worries, it must have just been me dreaming…

So, what about Traxxas? What, do you think that Traxxas won’t have a big new release for the X-Mas buying season? Traxxas has always done a great job of keeping new stuff under their hat until the perfect moment, so we really have no idea if they’ll be cranking out something huge for the holiday buying season. However, Traxxas has been making a hard push the last couple of years, I definitely would not freak if they surprise us all with something entirely new in the coming weeks.

What about the other major players? Well, who do we have left? We have AE, who just released a new rock crawling platform. AE is hardcore racing, so they will probably drop some updated race rigs, but we’ll have to see if they have anything for the bashing scene this fall. You have Kyosho, who have been consistently putting out cool new products. Then there is Tamiya, who put out what I would consider to be a lot of new gear (like the comical cars) this year, along with numerous re-releases for their collecting crowd. In fact, I could go on and on with company names, but to boil it down, one company will win the holiday 2019 sales season at hobby shops and on-line, this year’s winner could be a big surprise (Cross, G-Made, MST, etc), I for one, can’t wait to see which vehicle wins the hearts of consumers this fall (and makes someone a good chunk of change).

Before I go, I saw that the Pro-Line Racing crew is teasing a new Hyrax tire size over on their social media. I haven’t talked much about the Hyrax, but I sure have used a bunch of them. The Hyrax isn’t a fully licensed scale tire, it is a tire made to have a scale’ish look, that was designed for uber grip. I haven’t seen what the new Hyrax was designed to fit yet, but I do know that I would love to see that tread design make its way into multiple other off-road genres (monster truck, SCT, 1/8 buggy, etc).

OK ya bunch of raging rc lunatics, that’s all I got for ya this week. Until next time, please try to support your local hobby shops and bash spots whenever ya can.