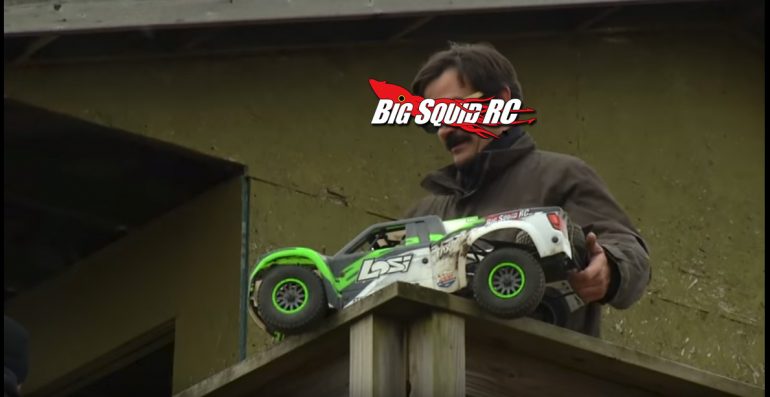 Well hello there rc fantatics, welcome to BigSquidRC. My name is Cubby and I do a weekly column on the world of rc. Of course the biggest news from last week was also the saddest, the passing of the legendary Brian Kinwald.

Social media is littered with people posting about Brian, he truly touched so many people with this hobby. A lot of people are posting personal stories about a race somewhere where they got a chance to talk to Brian, while a lot of industry folks are posting more inside stories. And while I didn’t know Brian very well personally, what little time I got with him was absolutely amazing.

So while I did not closely know The Dirtinator, I certainly knew about him from an industry prospective. Over the years, Brian made millions of dollars for companies like AE, Team Losi, and Trinity. But, he didn’t make them all that scratch by simply crushing his competitors at IFMAR world championships, he also did it with that smile of his. Inside the industry, it was known as a “Million Dollar Smile”. You’ve all seen it on social media, when Brian would smile, it could not only light up any room he was in, but it could also SELL Cars (and upgrades), and LOTS of them! Also on the industry side of things, Brian was known as the best set-up guy on the planet, a guy that could milk every last tenth of a second out of a car via set-up alone. He was a wizard with a Dremel and really anything pit related, and was well known for hand making custom parts to get the extra speed he was looking for.

For all you newer hobbyists, Brian Kinwald is probably one of the few “racer” names that you know. Everyone knew of Brian Kinwald, and I mean EVERYONE. Further down the list, most backyard bashers probably have heard of Adam Drake and Masami, but after that, the names start coming real slowly. Brian was larger than life on track and off, he was our Michael Jordan, our Michael Schumacher, he was the best of our very best. He grew into a larger than life character by winning so many elite events over incredibly tough competition, he stayed a fan favorite thanks to his demeanor and helpful ways.

At the end of the day, Brian Kinwald will most likely go down as the best remote control car racer of all time, and deservedly so. On-track, Kinwald was a beast, off-track, he was a true consummate professional that would take rc racing to all new heights that our industry had never even dreamt of before. The entire crew here at BigSquidRC would like to send our deepest condolences to Brian’s family and friends, you were all so very lucky to have been around such greatness.

Man, I hate doing sad Cub Reports, and the sad ones have been coming all too often now days. God bless all you hobbyists out there, and support your local hobby shops, bash spots, and tracks whenever you can!