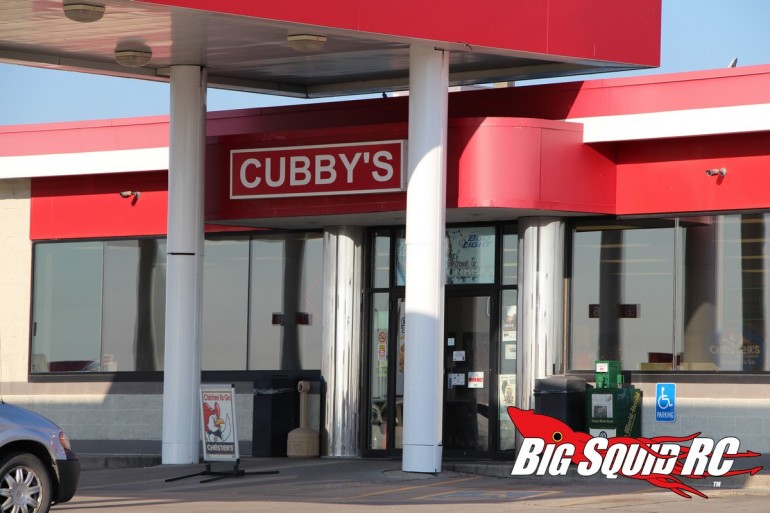 THE Cub Report, Platinum/Carbon-Fiber/Uber’d Out Edition

First off this week I would like to say get well soon to a couple of people. First off is all around RC good guy RJ Blaisdell. In case you haven’t heard already, RJ had a very serious stroke a few weeks ago. I haven’t heard the latest on his recovery, but here is to hoping he gets back to 100% real soon.

Secondly… pro photog Garth Milan got nailed pretty good by Filthy Phil Nicoletti after he couldn’t get slowed down on a big downhill (he had lost his front brake after a crash) at the High Point MX National. Garth is a legend in mx circles with his epic photos, hopefully that big Yamaha didn’t do him any permanent damage.

To get back to business, after getting in a lot of bashing over the last few months, I just had to do a Cub Report on life with the BSRC Bash Crew. Here ya go…

1. Do not leave CA glue just laying around. Ever. Yes, CA is great for gluing up tires, but for the Bash Crew it is too often used to glue someones hand to a transmitter, a coin to a pit table, or to end the life of a lock.

2. Do not stand anywhere near a jump. Why? Because it is only a matter of time before you get tagged. Whether it be Adam Da’ Intern whiskey throttling a wood ramp, thus hitting you by mistake, or some idiot aiming at your groin on purpose (ummmmmmm… no I will not self incriminate here), it isn’t a matter of when you are going to get hit, it is a matter of when and how bad.

3. See that big areas of rocks? Nope, you REALLY don’t want to stand over there either. If it isn’t Craig Da’ Uber Ramp guy doing burnouts with a 10S 5th scale monster truck, or Wrench with a fire breathing Losi 8th scaler, there is going to be a shower of rocks like THIS going on. And yes, rocks freak’n hurt when shot at you by Pro-Line Badlands turning 60 mph.

4. So… just where do you stand? You really only have one shot of not getting hurt, stand behind another Bash Crew member. Let their shin/groin/torso take the hit, not yours.

5. Be prepared to catch anything, at any time. You might be on the drivers stand getting in some laps, that doesn’t mean that Tim The Factory Guy isn’t gonna toss you a second transmitter (or monster truck, or Red Bull) at any moment.

6. Never, EVER, work on your car without the transmitter close by. You see, some Bash Crew members love to grab your transmitter and give your 6S Kraton a hard squirt of the throttle just when you are starting to pull the clips out of your body when it is on your pit table. Yes, my personal pit table has a whole bunch of burn-out marks on it that were not made by me.

7. When you sit your car on the ground, take it easy on that first squirt of throttle. Certain Bash Crew members (Adam you are soooo busted) love to put that monster truck body of yours on backwards when you aren’t looking. Yes it is funny watching one of the guys curse his truck/transmitter/speedo until they finally figure out they’ve been had. It is especially funny when they smash the gas and tag their own shins.

8. You are gonna want to be a very selective marshal around the Bash Crew. See that big 8th scale MT on its lid over there? Think secondly about doing your good deed for the day and flipping it over. Several of the Bash Crew members have mastered the art of “self-marshalling” their trucks by standing on the gas and righting themselves. Usually they wait until you’ve walked the 50 yards to get to their truck, then when you are 3 feet away they self marshal and go for a shin tag.

9. Aren’t the guys in the Bash Crew so nice? In fact sometimes they’ll even offer you a free soda to drink on a hot summer’s day. Once again beware, I can tell you from first hand experience that Associated 30w shock oil mixed with Sprite tastes like crap. Nothing quite like taking a sip of soda on a muggy Midwest summer day and having one of the guys say “How’s that 30 weight taste’n?”. “Sigh”.

10. I could keep going on for hours, but here is one more that happens every weekend. Don’t leave your toolbox or full size car unlocked. Why? Because it will become the Bash Crew’s dumpster. Every part broken during the day, every old air filter, every Snickers wrapper, and every empty Red Bull can will find its way into your trunk or deepest recess of your toolbox.

That’s it for this week, I’ve got to get back to plotting my revenge against Bill/Brian/Adam/Chris/Tim/Hot Sauce/Craig/etc. Oh ya, support your local hobby shops and bash spots when ya can.