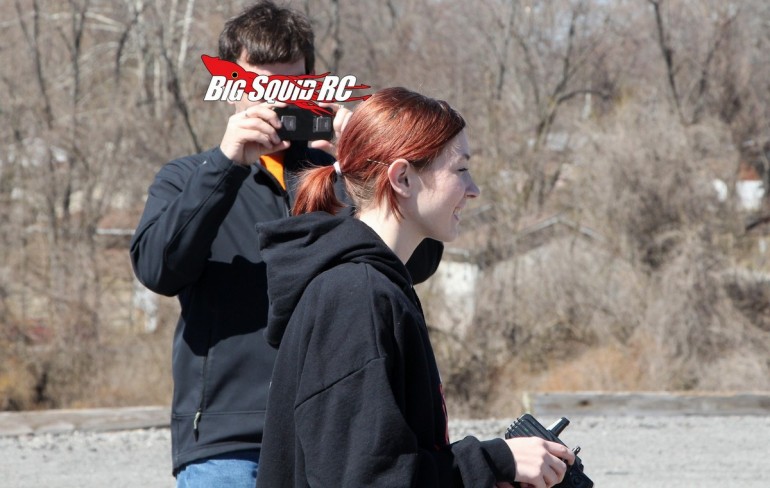 Ok, so I hate Pokemon passionately, but my son is all about them. He has seen every movie, watched every tv episode, and of course, goes to school daily with a couple dozen Pokemon cards in his backpack. Naturally, the minute Pokemon GO was unleashed on the world he asked (read- forced) a parental figure (read- me) to put it on my phone. He had a great time playing, but unfortunately I’ve gotten hooked on it during the crossfire. I am not the only one, Pokemon GO is a complete game changer for the mobile gaming (and all gaming) industry. People say that about a lot of games, but it just takes a minute of playing to see that Pokemon GO is going to rock that entire industry. Just a heads up here, if you aren’t playing it right now, you will be soon, and so will your co-workers, your Aunt, and your Grandma. Yes, it is going to be that big. So… what does Pokemon GO have to do with rc???

The nitro powered T-Maxx completely took the market by storm with its smell, sound, and gnarly monster truck looks. The original RC10 buggy was just so trick, plus it handled so well, that it changed the game. The Slash proved that true to scale looks was something that had been long forgotten, but something that consumers loved, thus making the market swing from UFO looking machines to cars/trucks that looked real again.

So… the hundred million dollar question is what is the next big game changer? I don’t own a crystal ball, maybe you do, and if so, I know a lot of people that would love to borrow it for a few minutes. However, if I had to guess, the next “game changer” in rc is going to be tech based.

Sure, we have seen a lot of “new age” tech in rc cars in the last 5 years. No, I am not talking about brushless, LiPo, or 2.4GHz radio systems, I am talking about electronic stability control, turbo kick voltage boosters, sound modules, and remote locking diffs. My bet on the next big changer will revolve around tech. And no, the high polluting “race crowd” won’t like whatever it turns out to be, but for the everyday Joe Blow consumer, it is going to blow his mind. It will be the type of tech that puts surface rc on the front page of Business Insider and on Good Morning America.

So exactly what will that tech be? I have no idea, but there are definitely holes in rc’s game to be filled with the amount of crazy new tech that is available on the market. Plus, there are hundreds of highly skilled, highly motivated employees at the manufacturers that are constantly pushing the envelope of development. The next game changer will have to be something really outside the box and it will have to have a brilliant marketing team behind it.

It is no secret that surface rc hasn’t been selling well since 2007, therefore R&D budgets are remarkably small at many companies. However, there are still companies out there that love to dream big, and are not scared of putting out unique products. That is exactly the kind of company it is going to take to hit the next big home run in surface rc.

To boil it down, I don’t believe that surface is dead or going the way of car audio/paintball. The next big car/truck/whatever will happen, it is simply a matter of time, and I can’t wait to see what it turns out to be.

So there ya have it folks, thanks for reading and support your local hobby shops and bash spots when ya can.