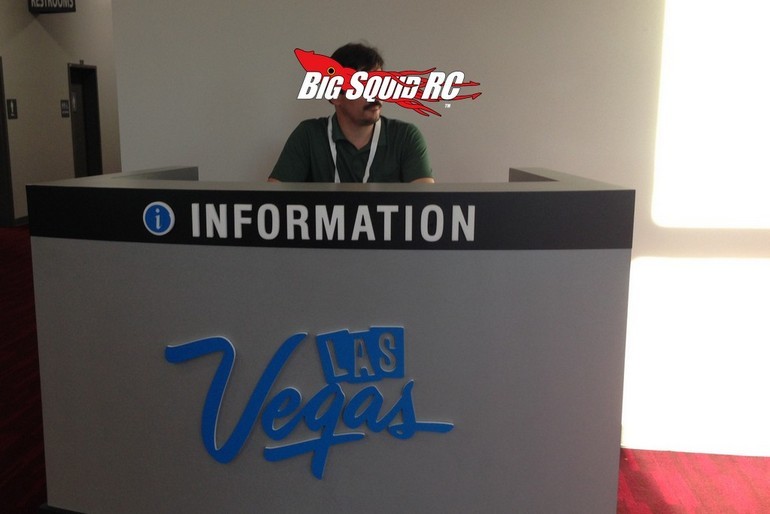 THE Cub Report – Show Weekends Are The Best Weekends!

Hey now, and welcome to THE Cub Report. The BigSquidRC Bash Crew has been old school busy the last few weeks with events, trade shows, and reviews. Needless to say, we were pretty stoked to get out of town and hit the Rocky Mountain Hobby Expo. So, how was the show?

Ya know, the RMHE is arguably the single show that we look forward to the most each year. The weather has been beautiful in the past and it really seems like the people walking around the show are having a great time. Consumers seem more laid back and eager to see cool stuff than in some areas of the country, and the industry people at the show seem to have a great time as well. After attending the show for several years now, I can see how it is known as the “party show” to some.

Last year the RMHE had a bunch of exhibitors from the rc world. Fantastic weather (80+) along with an early Sunday Broncos game put the kibosh on a large consumer attendance. Once again this year the weather was Fantastic! However, fantastic October weather in Denver is bad news for pretty much any indoor event. Still, even with fewer vendors and the ridiculously awesome weather, I put the show at about the same floor traffic as last year. If this show ever gets a rainy/snowy weekend, the attendance would probably be quite large. Here’s to hoping the weather starts getting worse for the show.

What was the biggest rc news from the show? I would put that as a tie between GPM’s new splash anodized parts, as well as the show being one of the first driving demos to feature the new Traxxas Maxx monster truck.

Splash anodizing was a “thing” several years ago and I have forgotten just how cool it can look on rc parts. I feel like GPM is putting that out at a great time. Certainly expect to see more crazy anodizing from other companies.

Then, about the mighty Maxx from Traxxas, we hear it is aimed at being THE 1/10 monster truck on the market. Traxxas is Really putting extra effort into pushing marketing for the Maxx, plus we’ve heard that they’ve got more hop-ups coming for the Maxx than any Traxxas vehicle before it. What I do know for sure is that landing to thinly carpeted concrete for 2 days is tough on a truck and our review Maxx came home in just 1 piece. That in itself, from hitting as many shows as I have, is Incredibly impressive to me.

Remember Jeff Hoy? Oh yes, Jeff is our behind the scenes guy and he lives in Colorado. We used to rarely get to see Jeff in person, but now day with the Denver expo, we get to see him pretty much every year. It is always nice to hang with Mr. Hoy, a guy who is part mountain man, part internet guru. Hummmmm, wonder if I can talk Jeff into just one more From Around The Web???

With “not so many” rc car booths this year, we got to spend a ton of time talking to people in other hobbies. The Denver Expo is perhaps heaviest in the train genre, so we got a lot of face time with the railroad guys. Legos may not be as hot as they once were, but they are still an enormous industry that we got to learn more about. This year’s expo allowed to us to learn about all sorts of hobbies that we’ve kinda just walked past in previous years.

Ya, but did I really learn anything at the show? Absolutely! I learned something that I think is quite relevant to the rc industry over the weekend. Did you know that old school board gaming is making a comeback? Board gaming is as about as old school as you can get, yet thanks to so many new games coming out, along with smart marketing, board gaming is making some cash again! I am a big believer in things coming back around, which is something the rc biz could certainly use right now.

Alright ya bunch of animals, I am still in recover mode and back on the Sober OctoBert bandwagon. Thanks for reading BigSquidRC and try to support your local hobby shops and bash spots when ya can!