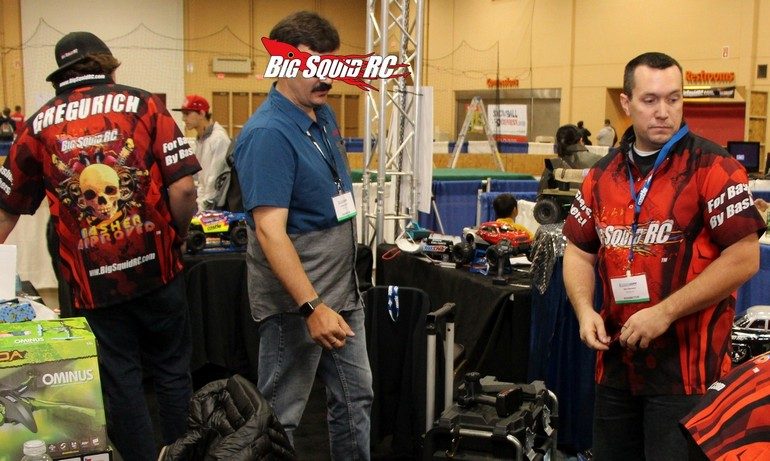 Yes indeed people, so what now? I’ll tell ya what, now is the time to chill, but this time won’t last long in the grand scheme of things. Before we know it, the rc industry, as well as America as whole, will be back to 100%. I am actually enjoying a few days of downtime, but certainly can’t wait for things to get back to WFO. With that said, lets jump on in to this week’s Cub Report…

First up is March Bashness 2020! While the NCAA is at home this spring, here at BigSquidRC, we are full steam ahead with our March Bashness. So far, the “bashing” side of the bracket has had some epic match-ups like the 8S Kraton going up against the Traxxas X-Maxx, the Losi Super Rock Rey against the Pro-Line PRO-MT 4×4, the ARRMA Infraction versus the Traxxas Rustler 4×4, and the Team Corally Kronos was up against the mighty Traxxas Maxx. So far the 8S Kraton and Infraction have been tearing up the bracket, but soon we will be unleashing the crawler side, which should have very heavy voting. Keep your eye on our front page and keep those votes pouring in...

In product news, last week was a big one! The biggest news had to be the new Axial SCX10 III, but the crews at Pro-Line and RC4WD also dropped some big ones. Since the release of the TRX-4, a lot of Axial faithful have been waiting on a truck like the SCX10 III with high-clearance portal style axles. With the SCX10 III, they got even more as it comes standard with a scale engine, hidden body mounts, DIG capability, as well as two speed transmission capability. This is the “big one” that Axial fanatics have been waiting for, and from looking at the forums/groups, it seems very well received. Overall, the SCX10 III looks more than ready to own the trails this summer, but the real question on everyone’s mind is- can it take down the mighty TRX-4??? I call MANDATORY shooutout on this one!!! Better still, I think we HAVE to throw in a Cross, Gmade, Redcat, Carisma, and an Element/Associated. My mouth waters just thinking about taking all those rigs out and thrashing’em!!! Brian, get on the phone, make it happen!

Also putting out more scale goodness was RC4WD. The RC4WD crew announced a 1/14th scaled Forklift last week that is insanely trick. While not cheap (street pricing is just over $800), the forklift has incredible detailing and is a great change of pace for your hardcore scale fanatics. It has a working lift that can handle loads just over 3 pounds and it comes pre-built to make it fast and easy to get driving. 10 years ago I would never had dreamt that something so scale would come to the market, now RC4WD seems to pull that off on the weekly. Huge props to them to their tireless dedication to insane sale realism.

The crew over at Pro-Line also had their foot on the gas last week. Their new Supersonic speed run body is completely off the chain and I’m sure all you high speed guys are stoked! Btw, the Supersonic as a whole, is a very intriguing project from P-L. I say that because the “P-L” side of Pro-Line is typically race and off-road gear, while PROTOform typically handles the on-road side. While on-road, the Supersonic comes under the P-L banner as it was made to fit short course trucks. With an ultra-aggressive high-speed look, the Supersonic is one of the coolest bodies we’ve ever seen from the guys and gals at Pro-Line. Hey, I know I say that pretty much every month, LOL, but the fact is, P-L just keeps on raising their own bar.

But wait, there’s more! Pro-Line dropped another ridiculously cool body with their Heatwave edition Ford F-100 Traxxas UDR body. The pre-painted & pre-cut Heatwave body simply looks incredible. The P-L crew did an amazing job with the realism on the body, but the Heatwave livery really sets it apart. Yet another incredible looking body, props P-L!

So here we are, at the end of yet another Cub Report. Until next week, support your hobby any way that ya can!