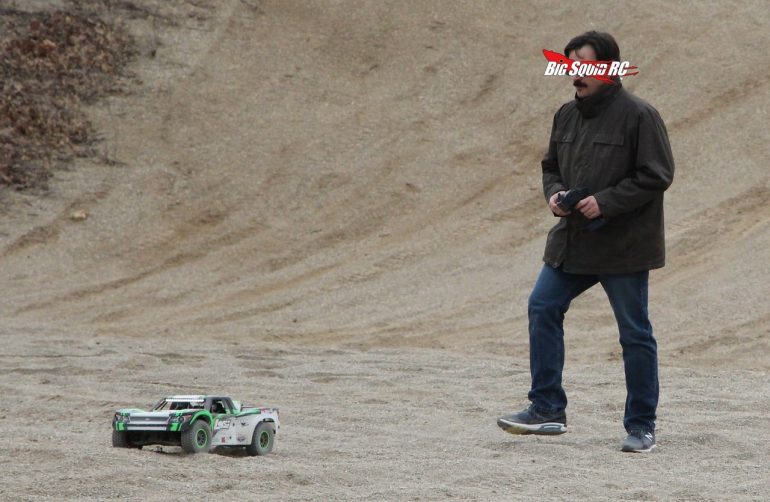 THE Cub Report- Sorry, But We Are The Good Guys

Well hello there. Thanks for joining us at BigSquidRC for THE Cub Report. If this is your first time here, THE Cub Report is a weekly look (satirical) at the wonderful hobby of rc. Sometimes it has a theme, sometimes it is endless rambling, but either way, lets dig right in.

Is BigSquidRC the #1 RC Blog? I don’t know about all that, but you can click on This Link to see that someone thinks we are sitting on top of the heap. Yes, we’ve come a long ways, much further than I thought we would ever get, and links like that do put a smile on our face. However, we have a lot more to accomplish in ’18, so hang on. 🙂

How about A1? Yes, the 2018 Monster Energy Supercross series got kicked off on Saturday night in good ole’ Anaheim stadium. I had K-Roc down for the win, but that didn’t work out in the main. Kenny didn’t have the best of starts, but worked his way through the pack for a solid finish. On top of the podium was one of the nicest guys on the planet (and Redbull athlete) Marvin Musquin who came into the race with loads of confidence, now it appears it is his series to win (or lose). Speaking of losing, ET3 seemed to be having an awesome night, well, until his inevitable brain fade kicked in. Actually, it is arguable that it wasn’t brain fade, but a pant explosion (yes, you read that right) that caused his crash, but either way, even Eli has gotta be wondering what he needs to do to eliminate the DNFs and to take home the title. Yup, I always get worked up about Supercross, especially the early races before the guys settle into more a standard order.

On the rc side of things, because of the holidays, I have yet to talk much about the Losi Super Baja Rey. Why are we giving the SBR so much attention? Because we see it as the future of bashing. We see the future of bashing going to larger scales and we anticipate the newer releases coming with more scale realism. No, we don’t expect for full on bash trucks to get the to the realism level of crawlers, but we do expect them to come with more licensed parts/accessories. The SBR suits what we see as the future of bashing to a T.

When the Traxxas X-Maxx was first released a lot of people were put off by its size. It was bigger than 1/8th scale, but smaller than 1/5th. If you are a long time hobbyist, we don’t have to tell you that 1/5th scale is extremely expensive. With the 1/6th’ish X-Maxx and the 1/6 Super Baja Rey, it goes to show that companies like Losi and Traxxas want to give you a bash rig that is bigger, like big enough to tackle trails used for full sized driving, while still keeping the price point under four digits. And better still, when you actually go out bashing with your friends, their 1/8th scalers seem tiny, and as we all know, size goes a long ways towards being “the man” at the local bash spot.

To get back on the SBR, I found it to be big, but no so big that it takes up crazy space in the car trunk on when storing in the garage. It has the size needed to basically ignore “normal” sized bumps and rocks, in fact, it is big enough to go ahead and tackle trails used by full sized rigs. While we were out testing, we were literally rubbing elbows with Jeeps, various UTVs, and dirt bikes. We never found a time, even when hitting insanely rough terrain, that the Super Baja Rey couldn’t make it through a section, something that would not have been the case if we had been driving an 8th scaler. The Losi simply has the size needed to get over huge rocks at speed, plus it has the power to get its giant chassis to rocket out of corners or huck endlessly over jumps. For casual driving, it might be too large for smaller parks or backyards, but for serious bashing, we found its form factor preferred to a typical 8th scaled bash truck. To boil it down, it worked well for us, expect to see more large scalers introduced in the coming months.

OK, so that’s all I have for ya today ya bunch of animals. Until next week, hit up your local bash spots and hobby shops whenever ya can.