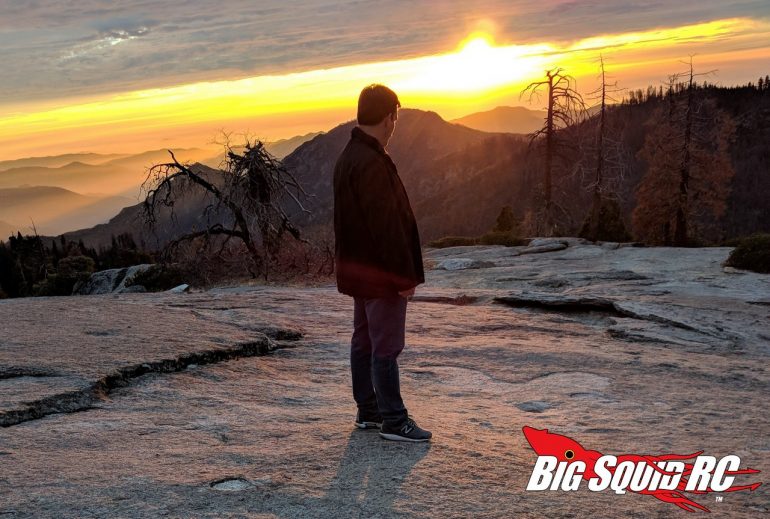 Can you even believe it? 2019 is nearly in our rear view mirror! Didn’t it just fly right on by? I am still amazed at how fast time flies now days! So here we are, the very last Cub Report of the year, lets jump right on in shall we???

The crew over at Pro-Line had a great year. Why do I say that? Well, they crushed it with product releases for 19′. Bashers across the globe rejoiced when P-L announced a slew of fully belted off and on-road tires. They also rejoiced the announcement of P-L’s ridiculously durable Brute Bash Armor bodies. Those two products alone have done wonders for the everyday backyard basher. On top of that, they had all their typical race type releases, plus a huge selection of incredible scale crawling products. Pro-Line simply did what they do- they crushed it.

Who else crushed it last year? I would definitely put ARRMA on that list. ARRMA seemingly pulled out all the stops for 2019 and released a BUNCH of all new cars. From the 1/7 Infraction, Limitless, and Mojave, to the 1/5 8S Kraton, the ARRMA crew kept awesome new gear coming all year long. Big projects like the 1/5 ARRMA are very hard to pull off now days (because of the “economy”), but we were super stoked to see them start taking over bash spots worldwide. Oh ya, they were even featured in an ultra-mainstream McDonald’s commercial! ARRMA was definitely on-point for 2019. How can they possibly top themselves for 2020? I don’t know, but I am betting that they will. 🙂

Also in the “crushing it” category is Traxxas. A few years ago, Traxxas had slowed down their new release schedule, but for 2019, they had loads of new products. Later in the year, Traxxas dropped their new 1/10 Maxx 4wd monster truck. The new Maxx is going to be the main Traxxas 1/10th platform for years to come and they hit the nail on the head. The Maxx is fast, durable, and fantastic fun, perfect for your average backyard basher. They also dropped jaws with their TRX-6 scale crawler. The TRX-6 had an impeccably scaled Mercedes Benz body that sat on a wonderfully capable chassis. And while those were arguably the biggest two releases from the TRX crew for 19′, they had loads more (like TRX-4 & Stampeded 4×4 KITS!!!) to keep hobbyists at all ends of spectrum happy.

The folks over at Horizon Hobby were also super busy last year. I have already mentioned ARRMA, but they also put out some very trick gear under their Axial Racing and Spektrum brands. Axial had not only their very popular 6×6, but they also dropped an all new high performance rock crawler called the Capra. Under the Spektrum logo, they released a new Orange version of the world conquering DX5 Rugged, plus an entire line of all new SMART technology gear. Overall, a very busy and solid year for those guys and gals.

Ya know, the people at RC4WD also had a stellar year. Just when you think they can not possibly top themselves, they drop even sicker new gear. From trucks like their Ford Raptor, to giant earth moving equipment, to the smallest of scale details, the RC4WD pushed hard in 2019 and put out loads of insanely trick trucks and gear.

I think the same can be said for JConcepts. The JC crew also dropped a ton of new gear. Some of their new goodies were for the racing crowd, but a LOT of them were for the bashing side. Jason and his crew have always been huge monster truck fans, so they dropped a ton of new gear for that genre, plus loads for the no-prep drag racing scene. Over the last half decade, JConcepts has become a true force in the rc industry, can’t wait to see what they have in store for us next year.

What about Hitec? Oh yes, the Hitec crew also had a solid year. While they didn’t have a ton of new releases, they did push out several stellar new servos, including arguably the best waterproof servo on the market, the D956WP. Hitec dropped several new brushless servos, plus some cool battery chargers.

As far as companies on the rise, 2019 marked BIG years for scale companies like MST, Cross RC, Gmade, Capo, Traction Hobby, Hobbytech, King Kong, etc. These mostly Asian based companies have been bringing the scale factor hard with features that blow away many of their competitors. Just how long are the legs on the scale crawling bandwagon? We will definitely see in 2020…

Speaking of hot trends, I still get asked about the state of drones in hobby grade rc. What is my standard answer of late? Well… “Drones were like Pokemon Go, a scalding hot trend that petered out far too quickly.”. Yes, there are a few new drones here and there, but that trend, at least for now, seems to be slowing considerably.

So, what exactly were the hottest new trends in rc for 2019? IMO, that would be the emergence of the no-prep drag racing scene, as well as a revival in on-road “bashing”. Did you just hear me correctly? A revival in on-road? Yup, thanks to cars like the ARRMA Limitless and Infraction, the on-road segment finally got a couple of new superstars. Oh ya, about that hot new no-prep drag scene, it is on-road! Companies like Pro-Line and JConcepts are pouring considerable resources into the no-prep scene right now, which is amazing and awesome to see! After years of whining about how slow the on-road segment is, it may finally be turning around!

On a sadder note… we lost a bunch of great people from rc in 2019. From Horizon Hobby leader Joe Ambrose, to the GOAT Brian Kinwald, 2019 was a sad year for many.

If you work in the industry, you know that 2019 will absolutely go down as yet another “challenging” year. While some companies were really pushing the new gear, other companies were quiet. There were names like Futaba, HPI, Castle, and Thunder Tiger (to just name a Few), that while still putting out great products, were extremely quiet in 2019. Here is to all of our rc companies coming out stronger and better than ever during the roaring 20s!!!

So there ya go folks, that is my 1095 word write-up on the year that was 2019. I swear everybody in the industry is crazy stoked for 2020 to drop, just like I am. Have a great last couple days of the year folks, and get out and support those local hobby shops and bash spots when ya can!