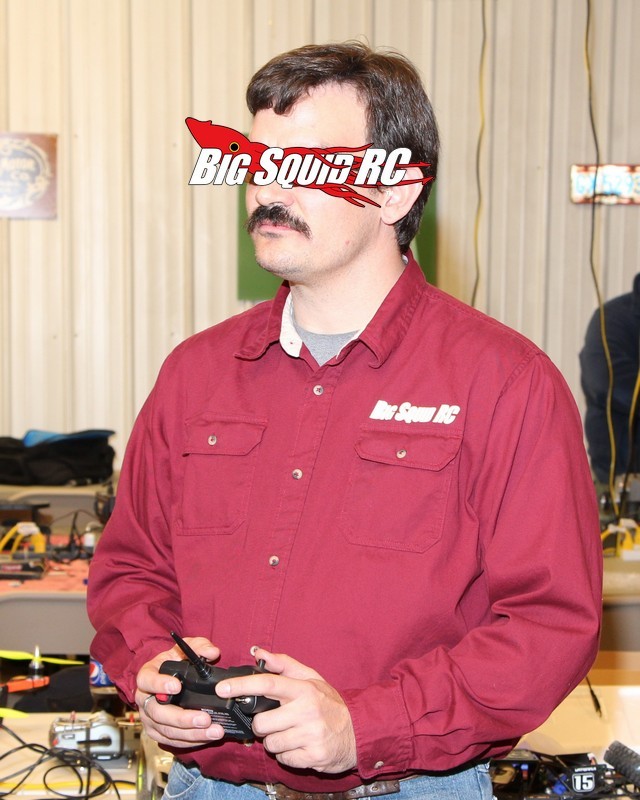 THE Cub Report – To Market, Or Not…

Here we go again folks, it is yet another fun-tabulous week in the wonderfully fun world of rc. My name is Cubby, and thanks for joining us at BigSquidRC.

Over the weekend, the Hobby Expo China 2019 was held over in Beijing. This was a trade show for the remote control crowd and featured big names like Hitec, Futaba, Kyosho, and Traxxas. At the Beijing show, of course there are also numerous Asian companies showing off their gear, and the show can be a good indicator of where our hobby could be headed in the future. So what was the big news from Beijing this year?

The biggest news had to be the Killerbody RC Mercury scale rock crawler chassis. While Killerbody RC hasn’t really taken off here in the states, they are a fantastic OEM for polycarbonate bodies and are well known for high quality work. Lately, they seem to be quite taken by a super hero revolution (have you seen their legit Iron Man suit!?!?), but their new Mercury scale chassis is a big dealio. The Mercury is big news not only for how incredibly scale every little detail on it is, but also because it means Killerbody is jumping into the scale game, a game that isn’t for the weak of heart. As you can see by the RC Fans pictures in our post on the Mercury, its detailing is amazing, and will be hard to beat for their competition.

Scale realism wasn’t just in the Killerbody booth in Beijing, it was basically everywhere! Nearly every booth that was devoted to rc had numerous new scale vehicles in it, with several booths showing off new military and work vehicles (think dump trucks, road graders, excavators, etc). Cross RC has been making some waves with their military themed rigs lately, and it doesn’t look like that trend will stop any time soon. Yes, it seems from looking at the rigs from the Beijing show that pretty much ever genre of our remote control hobby is going to look a whole lot more scale realistic in the coming months and years.

For years I’ve been preaching about making our cars more realistic to help them compete against other hobbies and sports. Honestly, I never expected our hobby to get as realistic as it is right now, and it looks like the manufacturers are only scraping the surface with how scale they can make things. Seriously, I am amazed at how much the products themselves have changed for the better. Now, my next long term rant- marketing. Or more specially, the lack thereof.

Traxxas has a fantastic marketing department. Last night when I was watching some DVR footage of Snowcross racing, there were Traxxas banners all around the track. Chances are, if you go to a big motocross event, rally cars, drag racing, monster trucks, etc, you will see some form of Traxxas rc marketing. The marketing folks at Traxxas know that maximum exposure to eyeballs IS the game, and if you are a male between the ages of 20 and 50, it is nearly impossible to escape their marketing.

Many years ago, there was an electronic company that was crushing it in our industry. Their electronics were state of the art and they quickly became the #1 seller for what they made. Early in their company’s history, they had a great marketing person that crushed it. Their marketing guy was all over the web and just had a knack for perfectly dealing with internet trolls. He also knew exactly where to place ads, and was a beast at getting an ad at a crazy discount or trade. The guy knew exactly who their prime buyer was, and knew exactly how to get a perfectly worded “message” to them. Their marketing guy wasn’t cheap to keep on staff, but each year their sales numbers experienced massive growth.

After a few years, said electronics company was raking in the cash. 7 digits were firmly in place at the bank, a new enormous building was moved into, and life was awesome. Because they had such a stellar marketing guy, he was always pushing the limits when asking for funds for advertising. All good marketing guys milk EVERY last penny that they can, and they have to, every penny they can spend on ads is that many more people that may buy their product. In the end, ownership thought their entire advertising budget was best served going into someone’s person bank account each year, and they let go of their marketing guy saying that he was “costing them too much money”. And yes, I am talking about the guy that took them from a company that nobody had ever heard of before, to a company that could consistently gross 8 digits per year.

After they fired their marketing guy, their company changed. Their sales started slowly dropping, then they dropped some more. In fact, the exponential downwards sales curve should have triggered warnings, instead, they were ignored. Then, things turned down in our hobby and guess what? They went bankrupt. Then they got bailed out, and today, they are on the verge yet again, of bankruptcy.

Some companies have done a fantastic job at marketing, but there are other companies, even companies pulling in 7 and 8 digits gross per year, with no marketing guy at all! In our hobby, there have been too many times when an owner looked at a spread sheet, looked at their marketing guy’s salary, and said “Gone with him, I’ll keep that 52k per year and put it better use!”. OK, so you just saved 52k, but just lost 6 digits worth of sales this year, then exponentially more as time goes on.

Ya know, if you are a small company in rc, you just don’t have a budget for a marketing guy. In that case, do you have any idea how many FREE on-line marketing classes there are? Better still, crank up that email and talk to some marketing people at larger companies, learn from them, then implement their strategies into your business. If you are a larger company and simply don’t have a trained, kick-azz, marketing guy, then what are you waiting for? Why are you leaving so much money on the table? Seriously industry peeps, I have heard “We are trying everything but can’t turn things around” too many times from companies that don’t even have a marketing department at all.

To close things up, we have a great hobby that every age of person can safely enjoy. We have great products that allow consumers to have such an awesome time with their friends. I can only imagine just how popular our hobby would be if we had great marketing guys at all of our manufacturers….

As always folks, support your local hobby shops and bash spots when ya can!