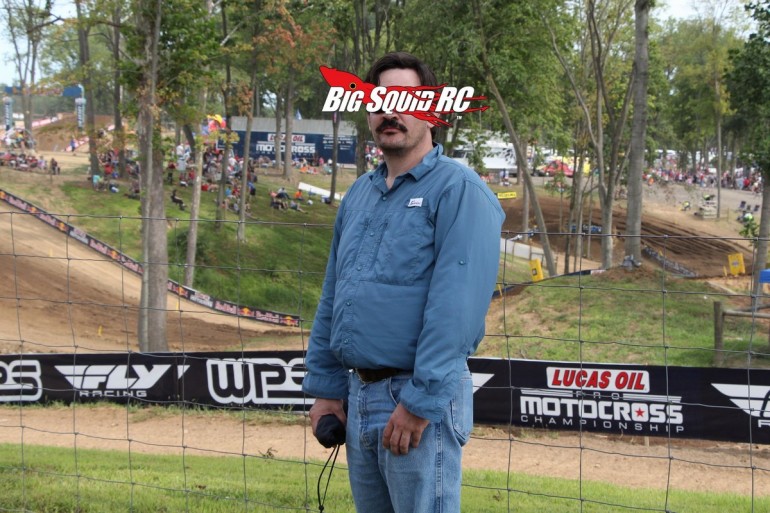 You know, I’ve used the title “Always Outnumbered, Never Outgunned” (the title of a Prodigy album) once before, wayyyyyyy back in 2009. So this week I thought I would hop in the time machine and go back to what I wrote back in ’09 and see how it stands up today. So what was in my ’09 Cub Report?

* I started off with a blurb about RCX vs the RCME show that was held in conjunction with the Toyota Grand Prix at Long Beach. Today, RCX is still alive but isn’t making any huge waves, and well, I have no idea if they still have rc car booths at the Grand Prix or not.

* My first rant of the week was about people complaining about a set of tires for short course trucks that had hit the market from JConcepts which were called Goosebumps. At that time I was all stoked for a real set of performance tires to hit the SC market because the only other tires on the market were stockers which were all about scale looks & hard rubber, certainly not performance. Many of the internet pundits were slamming the Goosebumps for their non-scale appearance, while I was on the opposite side because of their huge increase in performance over stock tires. Now days… I am on the other side of the fence, I wish that someone had stepped in and mandated that tires in the short course truck class maintain a scale look. Today there are dozens upon dozens of upgrade tires for SC trucks that are just full scoot rc race tires that look nothing what would be used on real full size trucks, and IMO that hurts the hobby. Also since then I have learned that scale appearing tires can be done in such a way as to have more than enough performance for racing, so the excuse that scale tires just don’t drive well isn’t always the case.

* Rant #2 for the week was me flip’n on some sort of Losi teaser ad for a new truck they were putting out. I have absolutely no idea which truck they were teasing, so I guess I was right that ad campaign wasn’t that good. I go on to say that AE “has always owned the teaser ads”, which at that time would have been correct. Now days I think the king of teaser ads would have to go to the Axial crew. Their marketing ramp up on the Yeti last year should go down as one of the best rc history.

* Then…. I went into a Trinity rant. For you noobs, Trinity used to be huge, like Traxxas kinda huge, in the rc hobby. Now days they are barely a spec on the rc radar, so I find it strange to even bring them up here in 2015, but even back in ’09 they were still at least a tiny bit relevant. Anywhos, my rant was about them changing their name from Trinity to Epic, and now we know how well that worked out for them. When was the last time you bought a Trinity/Epic product? Heck, when was the last time you saw one of their products in a hobby shop? Ya, I thought so.

That’s it for my little jaunt back into Cub Report history. Get out and make some rc history of your own by supporting your local bash spots and hobby shops!