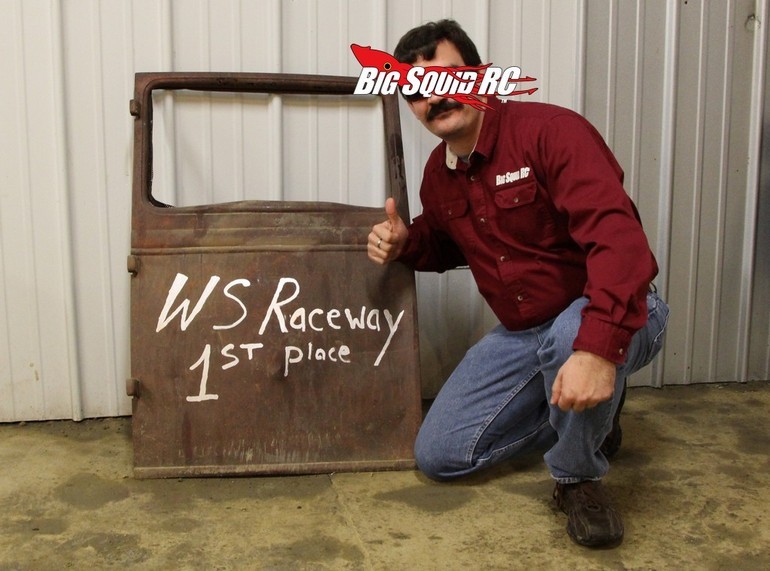 THE Cub Report, Version- Are You Sitting Down???

Iron Mike- Hey slicklegger, wanna meet up at Redneck Raceways and finish up testing on the TSM Slash and that Mamba Monster X?

Cubby- Ya, I’m definitely in for testing, but I gotta hit the LHS as SOON as it opens to get a BB-8 on the way.

Cubby- LOL, yo Mikeee, you ever hear about a thing called the internet?

Iron Mike- But of course, you are kidding me… why?

Cubby- Apparently you haven’t because the Sphero BB-8 is like a huge deal, you really should have heard about it before now. It’s a droid, like a robot/machine from Star Wars. Ever hear of a little movie called Star Wars?

Iron Mike- Hey man, take it easy on me, I’ve only had 2 Red Bulls this morning.

Cubby- Ya, the Sphero BB-8 Droid went on sale at Midnight last night, but Brian and the Chicago crew went looking for them and they were sold out everywhere. Horizon is distributing them to actual hobby shops, so I gotta hit up my LHS and get mine on order before they are sold out there too.

Iron Mike- Ok, are you making this droid thing up, and I know damn well you don’t actually pay for anything rc. Kinda early for April Fools don’t ya think?

Cubby- No seriously Mikeee, the droid is real, it looks just like the one in the next Star Wars flick, only much smaller, and it just might be the first droid/robot to go mainstream in American homes. I gotta have one, even if I gotta spend actual cash on it, and you know I RARELY say that.

Iron Mike- Well whatever bro, order your Star Wars doohickey and get over to the track.

Cubby- Good morning Joe. Hey, I really gotta get a….

Hobby Shop Joe- (interrupting me) You want one of the Sphero BB-8s don’t ya!

Hobby Shop Joe- Well, I didn’t 10 minutes ago, but we’ve been open for 5 and I already ordered one for another customer and got a call about another one.

Cubby- Well, ya Joe, I need one, but it can’t wait for your normal Wednesday order next week, can you get one on the way right now?

Hobby Shop Joe- Sure can Boss Man, let me give Horizon a ring.

Joe calls Horizon, changes his initial order of one BB-8 to two cases of 8…

Cubby- Hey thanks Joe, you are best, just like always. What do you think of this whole droid thing?

Hobby Shop Joe- Well… quads are moving like hot cakes, but air is dead and surface is slow, I’ll take any hot seller I can get right now.

Cubby- I hear ya, you gotta keep the lights on and the employees paid.

Hobby Shop Joe- Exactly, but I don’t know much about quads and droids, well, other than they are keeping the bills paid right now.

Cubby- Honestly Joe, while I would like to think I have my head wrapped around these new age gizmos, sadly, I know I don’t. I have a lot of catching up to do on where “the hobby” is headed right now.

Hobby Shop Joe- Well, it seems to be heading someplace I never dreamt of before, I just hope I can keep up with it.

Cubby- I know what ya mean bro.

Those are two actual conversations that I had last Friday, the day that the BB-8 dropped. I’ve included them here because, well, that’s what I do, talk about the hobby, even if it’s something that blows my mind away. While I would like to think that the next hot release from Associated is going to bring surface back to its glory years, I know the hobby is perhaps closer than ever to being mainstream, thanks to quads/drones/droids/robots, not the latest basher or race machine. I’m also including this here because I clearly don’t understand why soccer moms can’t buy $1500 DJIs fast enough, and most Local Hobby Shops aren’t in tune with that group of mainstream buyers either.

To boil it down, I’ve got to rip my head out from under the sand it has been buried in and truly understand how a company like DJI can have a 10 billion dollar valuation, and how a company like Sphero could soon be in the same realm. I’ve got to realize that remote controlled toys, whether they be driven by tires, props, or tracks, can help all the folks in the industry put food on their tables. And while there are some hobby shops that are totally dialed on the new tech scene, many (understatement) are not, and are in the same boat I am in- like a deer in the headlights that has got to change its path suddenly, or die.

That’s it for this week everybody. Hopefully you are enjoying a well earned day off. Get out and support your local hobby shops and bash spots when ya can.