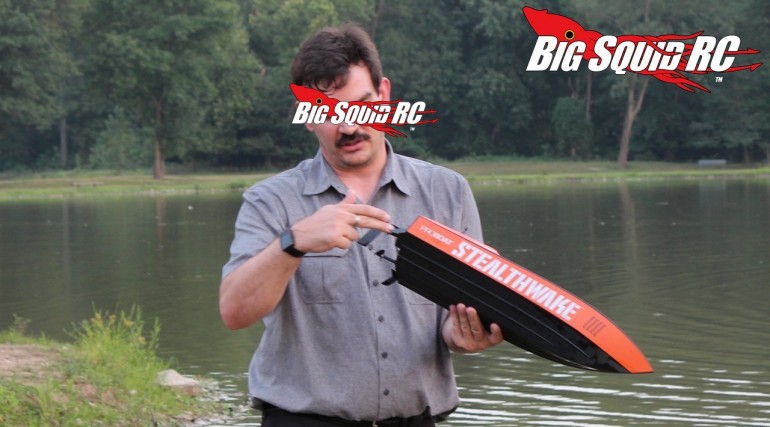 Just so ya know, good ole’ Father’s Day isn’t that far away. For those of you lucky enough to still have your Father around, you should up your game a bit to make sure this Father’s Day is one of the best ones yet. If your Father isn’t with us, I bet you know someones else’s that deserves something nice, so get ready to bust out that checkbook.

Just so ya know, I am addicted to Business Insider. They update their page a zillion times a day and occasionally have some eye opening posts. A few days ago they posted their 22 Gifts Your Dad Actually Wants This Father’s Day, some of which I agreed with, some not, but I was pretty stoked to see that they included a drone from one of our hobby companies (a Blade/Horizon unit). After reading their article, I decided to do a little commentary on their list, plus add in some rc flavor. Here ya go…

1. A leather wallet. Yes, this is a great idea, especially if your Dad still owns a rear pocket wallet or his is an el’ cheapo that he has to replace every few years. A high-end front pocket wallet simply makes life easier for any man, and what Father wouldn’t want that? Oh and ya, make sure it is front pocket wallet, rear wallets are only good for screwing up your back and making you a pack rat. Don’t go cheap here (expect to pay $100 and up). In fact, we are talking about going bigger than Macy’s, hit a legit leather goods store and get him a wallet he may never need to replace. I use a Bosca and have had fantastic luck with it.

2. A premium pair of headphones. So ya, I know headphones are all the rage, but your Dad will REALLY smile if you get him a set of legit Klipschorns (or even Cornwalls, or Heresys). Nope, they aren’t cheap (6k a piece), but some REAL speakers, ones that he was probably lusted after his entire life, will help him retain his man card and make this his best Father’s day EVER.

3. BI put #3 as being a card. No kidding. Ya, you might want to get him a card, but even better would be to make a personalized one just for him. Or, have his hand-made-uber’ed-out Father’s Day card delivered via a brand spank’n new ARRMA Nero. Now we are getting somewhere with this idea.

4. A good book. Ya know, I would be a MUCH happier man/Dad if I only had the TIME to read a book. Therefore, I say skip the book and hook your Dad up with the gift of some free/spare time.

5. A cigar holder. Yo seriously? Hey, I enjoy a good cigar now and then, but to get your Dad a cigar holder for Father’s day means he literally owns every other single product in the world. Ok, so your Dad might, so feel free to pick one up if he does.

6. A pilot watch. Now Business Insider is talking my game. And yes, I agree that every Dad needs a good pilot watch. Why? Because as men age, their eyesight goes to crap, not to mention most decent pilot watches are built like tanks. BI mentions buying your Dad a Shinola, but I am much more partial to Torgoen. Expect to pay $200 and up here, but I can assure you that your Dad will love it. If he doesn’t… you might want to check him in to a mental facility.

7. A golf-tracking system. Ok, so you might have a Dad that plays golf, but I am not a fan.

8. A 23andMe genetic test kit. Ummmmm… so who wants to get your Dad a genetic test for Father’s Day just to find out that the mailman just happens to be your genetic father? I think not… you might wanna skip that one. Some secrets are best left buried DEEP in the closet. Just say’n…

9. A home-brew kit. Ho-hum, I am so NOT into beer, but then perhaps yours is. And once again, he would probably appreciate the spare time to brew beer more than the beer itself.

10. A turntable. If your Dad is older, like much older, or if he is a “hipster”, he might dig this idea.

11. A set of socks. Now normally I would rail on an idea like this, but I am also a sock-snob, so I really dig them. But like mentioned above, if you do buy your Dad socks, don’t buy him the cheap crap, cut the check on some high-end units that are like nothing he has worn before.

12. A handsome duffel. Ummmmm… so I understand that about 2% of the male population is gay, and there is nothing wrong with that. But I would think in most gay men’s cases, most probably don’t have kids, therefor you would not exist. If you exist, don’t give your Dad a purse for Father’s Day. Remember, helping your Dad maintain his man card is key, regardless of occasion.

13. A personal assistant. In the BI article they talk about the Amazon Echo, which is quite a stretch from a real PA. But by all means, if you have the cash, a real flesh and blood PA would certainly be a fantastic gift.

14. A reliable multi-tool. Your Dad should already own a Leatherman, if not, this is a fantastic gift. Otherwise, I would be hitting up MIP for some uber hex wrenches to make wrenching sooo much easier on his rc cars.

16. A better pair of jeans. All sorts of NOPE on this one. Not cool to buy another guy pants. EVER. Even if you are a chick. A man knows when he needs new ones and a man only wants the exact ones that he wants. And no, he still won’t try them on in the store, he will bring them home for that and return if needed.

17. A pair of driving loafers. Totally agree on this one. Driving loafers are quite versatile and if he doesn’t already own a set, he needs to. BI mentions Jack Erwin as the brand to buy, I’ve never owned a set.

18. A bacon lovers gift set. Yes indeed, everybody loves bacon, so this might be a viable idea if you are really hard up.

19. A razor set. Once again, all sorts of NOPE. A man of Dad age has finely honed his shaving kit over the years, the last thing he wants is something new to screw it all up.

20. A drone!!! Hey, now we are talking and I totally agree. If you Dad doesn’t have one, give him the hook up. BI mentions the Blade Nano QX (very cool to see them mentioned on such a mainstream site), but if you don’t dig that one take a trip down to your LHS to see a bunch of other models. A Dad of pretty much any age can get a boost of youthful exuberance by playing with a new toy, especially one that flies, and super especially one that he can fly successfully on the first attempt.

21. A fly fishing kit. This one is going down as “your Dad would rather have the free time”.

22. Whew, what a list. The final item was a new set of sunglasses. To which I am going to nix and say that he probably already has 20 sets and the ones that you buy him he probably won’t like. Therefore, just like mentioned above, I can’t recommend highly enough simply hitting your LHS to see what they have. Whether it be an rc drone, a plane, a helicopter, a boat, or a car/truck, EVERY Dad loves remote control toys.

So there ya have… I have wasted more of your time than usual this week, so get out there and get to shopping. See you next Monday and get out and support your local bash spots and hobby shops when ya can.