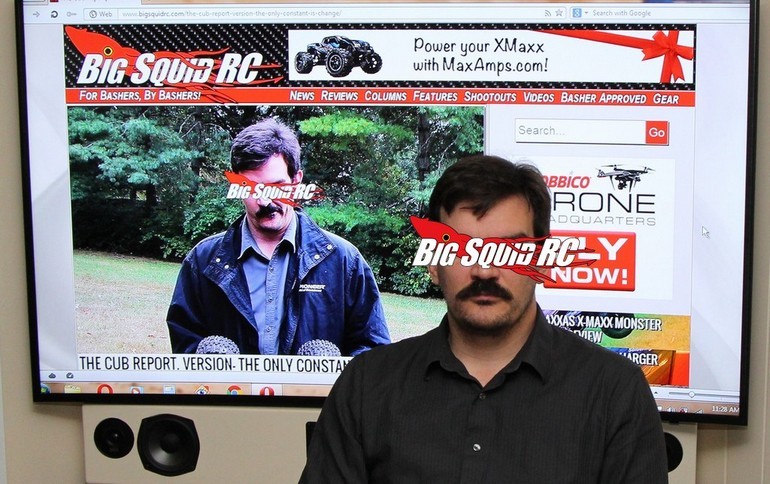 THE Cub Report, Version- Battle For The Ages

Hello to one and all, the time has finally come for yet another Cub Report. Yes indeed, it is once again time for a wonderfully sarcastic look at the hobby via my warped eyes. I trust you all had a great weekend of pulling trigger with as little wrenching as possible.

Oh ya, last week I started out THE Cub Report with some AMA Supercross and I can’t help but do this same this week. I am sure many of you caught the San Diego round over the weekend, but if you didn’t, here are the highlights… While Ryan Dungey has always been the most consistent racer on the circuit, this year he appears to also be the fastest. That is seriously bad news for the competition (barring injury or a DNF of course). El Hombre had a breakout weekend at A1 and tried damn hard to do the same in San Diego. He punted a couple of guys (Bam Bam and Seely) showing that he indeed wants it more than they do. Unfortunately he also jumped on a red cross flag, earning a penalty that set him back to 5th position. Oh and… I mentioned Reed was looking awfully good at A1, but he looked even better at San Diego. If Reed is still in the points come the East Coast rounds he has a legit shot at making a title run, even with him being the oldest fart behind the gate. Overall, while the series has already lost some big names to injury (Brake Baggett, Bam Bam, & JS7) it is still looking like a fantastic season.

On an rc note…

By far the most interesting conversation I had last week (first hand, face to face) was with a person that puts on trade shows. He was in town working a railroad show and I had a great time shooting some bull with him. His railroad show went great with a fantastic turn-out for both consumers and vendors. However, he did say something that I found to be quite troubling, he talked about how none of the rc companies like to work together for the greater good. Ya, I can understand that, it sucks working together with a company that is your direct competition, but in the train world they don’t really let that bother them. The train guys want to expose their products to as many consumers as possible, therefore they work together instead of trying to tear things apart. A good healthy railroad hobby simple means more money in all of their pockets, from the guys putting on trade shows to the guys selling railroad cars/track.

Here is an example of the rc world not working together and it goes right along with the trade show theme. This year the 2016 iHobby show is scheduled for March 11-13 in New Jersey. Strangely, the 2016 RCX show in California is on the very same weekend. Now… scheduling both shows on the same weekend is great for trying to kill off one of the shows, but it also has a bunch of downsides. It has the downside of smaller companies simply not being able to afford (or having the manpower for) doing two shows on one weekend. Therefore, most companies have to pick doing one but not the other. This limits their exposure to Joe Blow consumers, which is very much needed during the slow sales that our hobby has been experiencing. Even worse in my eyes is that it straight up screws over Joe Blow and the family he drags along with him to a show. Lets say Happy Flower RC company decides they can only do one show that weekend, so they pick RCX because it is closer to their home office. They end up not showing at iHobby in Jersey, thus none of the consumers that hit the Jersey show get to see their products or get a chance to talk to them and shake their hand. It is simply bad for the overall health of the hobby.

In my imaginary “perfect” world the people putting on rc shows would schedule them on different weekends so consumers on both coasts would get a chance to see more exhibitors. That is called working together to help the hobby grow, a very simple concept that too many people in our industry don’t seem to give a rats ass about. Oh ya, they can curse and meltdown when looking at sales charts bottoming out, but when it comes down to doing some of the simple things that can make for a better hobby, they raise their nose and pretend to ignore the problem. Hey, just say’n, there aren’t that many people who do rc for a living in this world and it is tough enough selling rc products now days, there is no need to purposely shoot ourselves in the foot when we could be gaining ground. The people working inside the wonderful world of rc are all part of a very small family, whether they like it or not. And… if we want to continue to put food on our tables, and on our kids tables in the years to come, it won’t hurt us to work together once in a while.

So there ya have it for yet another Cub Report. Until next week get out and support your local hobby shops, bash spots, and rc trade shows when ya can.