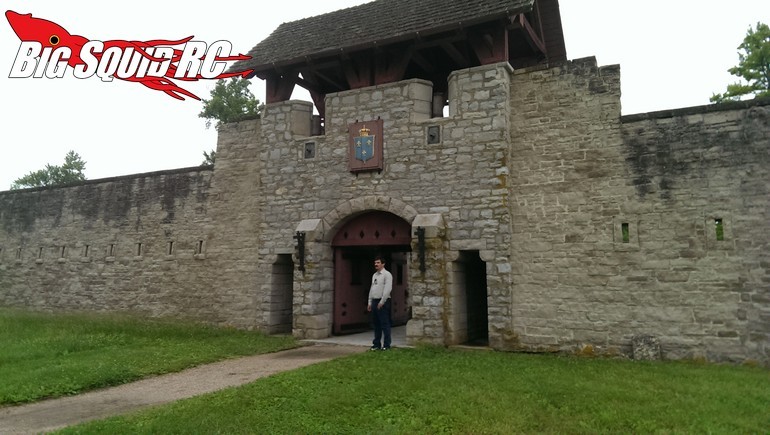 Hello rc fans from across this great nation and all around the world, you’ve just been busted reading THE Cub Report (again).

What’s on my mind? Who cares really, what’s on your mind? Nothing you say? Well here is something to get that cranium of yours cranking.

FPV, first person view, you know what I’m talking about here, has been doing well in the air segment. On surface vehicles it has been a novelty item that only the geekiest of rc dorks actually use. Last year Kyosho did the dirty deed and put FPV (via an on-board camera broadcast to a smart device) on multiple vehicles, thus being the first to do so. We reviewed one of their iReceiver equipped models last year and had fun with it, even though its video feed would lag at times and its range wasn’t as much as we would have liked to have seen.

Anywhos… with more tech hitting RTRs every day, I have first hand knowledge that another company is jumping on the surface FPV bandwagon. No, no, no, of course I can’t say who it is, but one of larger players should be shipping their first FPV equipped truck before years end.

How do you feel about that? I don’t think I care how you feel, but I know from doing a lot of first person driving that 5 mph feels like 50, and if the latest truck to ship with FPV is capable of doing 50 mph, well, that should be pretty freak’n insane. Oh and, watch out bystanders, I wouldn’t want to be around a first time FPV driver with a truck capable of full-on hobby speeds.

Also in tech news… there has been one particularly “big” name that hasn’t released electronic stability control yet, but from what I’m hearing it should also be hitting retailers by the end of the year. This particular company (it shouldn’t be rocket science to figure out who) has dropped a couple of hints here and there, and from what I’ve heard their new system will control both throttle and steering.

Oh yes, both of those little tid-bits should put a whole lot of racer/hardcore types into full melt down mode as anything new is the devil. But, whether you like it or not, you will be seeing a whole lot more high tech electronics making their way to RTR vehicles. Here’s a thought, not that ROAR really matters in the grand scheme of things, but if they did, they should probably be making rules to include things like sound modules and stability control. Instead of banning them and trying to kill them off, why not make them legal and see where some new tech would take the hobby? Ya, I’ve gone too far there, as they only do anything about a decade after it really matters, and rarely for the overall good of the hobby.

Yes, I am going to leave you on such a happy note. So… have a great week, get outside and get some trigger time in, and of course support your local hobby shop and bash spots when ya can.