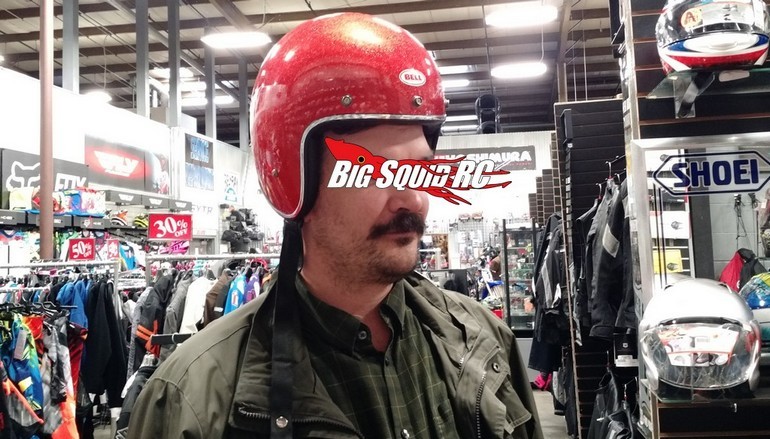 Hello sport fans, it is Monday, the time when industry types and first day noobs gather around their computers (ok, tablets & smartphones) to read THE Cub Report. The year kicked off with a bang here at the offices with our Bash Vehicle Of The Year announcement (which turned out to be the Losi 5IVE Mini WRC) and for industry folks it will kick off later this week at CES in Vegas.

Years ago I remember going to CES strictly for home and mobile audio, now days it is about anything and everything electronic. This year though, low and behold, rc drones will be the big noise maker. Back in the day I would never have thought rc would be taking the main stage at CES, now days I am older and wiser (I wish), thus knowing that ANYTHING is possible. Heck, I might even be able to keep some of my resolutions for 2016. In years years past I jotted a half dozen resolutions down on my notepad, all which I typically broke before the Dakar rally hit its second stage.

Speaking of resolutions, sometimes I wonder what they might have been by the rc manufacturers for 2016…

If I worked at Traxxas (yes, THE Cub Report is truly that far fetched) I think my resolution would have been to keep the new car ball rolling. The X-Maxx has barely been released and is crushing it, imagine what ’16 would be like if they broke down and put out a legit scaler/crawler? Or a formula off-roader with true scale detailing?

If I worked at ARRMA my resolution would be to get that line of 4wd tenth scalers out the door. Oh and, to do something really crazy, like throw in 6S capable electronics in the tenth scale 2wd line-up. Big power is fun, stupid power is even more so.

If I worked at Axial I would go a bit more high-end with that magnificent SCX10 line-up. Meaning… I would put out the Über-SCX10 that would take the detailing even a step further, plus come with an alloy chassis and axles.

Ok, so this sounds a lot more like my personal Christmas wishlist for winter 2016 than for companies’s New Year’s resolutions, but I have to keep going…

If I worked at Losi I would instantly merge the TLR name back with “normal Losi”, then release just higher-end products and race cars under the Losi name. All the lower-end and basher oriented cars would get filed under ECX, which has been doing a great job the last couple of years and has been slowly building a great rep for bashing.

If I worked at Tamiya, and that really, really, would never happen, I would fly to wherever all the old molds are and destroy every single one of them. My resolution would be for nothing but all new designs to exit the warehouse from here going forward.

If I worked at RC4WD, I would make the resolution to a much bigger marketing campaign. The scaler genre is smoking hot right now and there are still people out there that don’t know they exist.

And finally, if I worked at BigSquidRC I would fire myself so I could enjoy more leisure time hitting F1 races and riding motorcycles around Nova Scotia.

So there ya have it folks, it’s a wrap. Hit up your local hobby shops and bash spots when ya can.