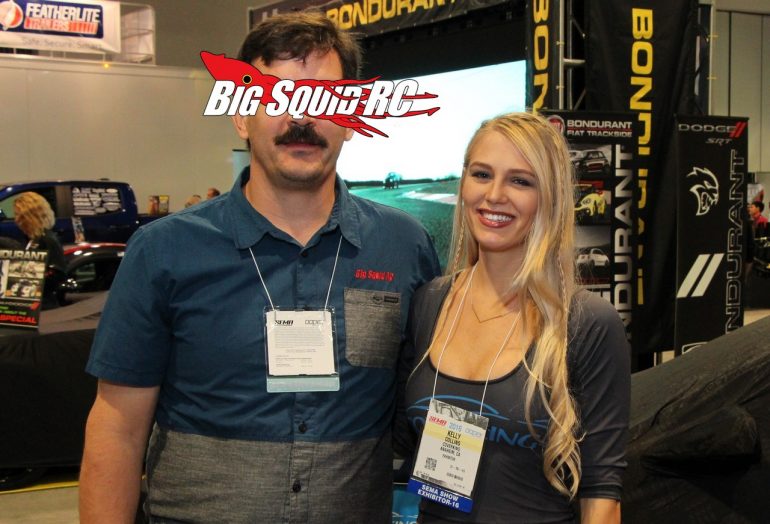 THE Cub Report, Version- The Fast And The Furious

Well hello there rc fans, happy Monday to you and welcome to this week’s Cub Report.

As you have already seen on our website, the BSRC Bash Crew hit the world famous SEMA Show last week. Year after year we have talked about going, because every year something big in the rc world seemed to happen there, so this year we pulled the trigger and flew out. We were not disappointed. In fact, all the stars lined up perfectly, giving us a fantastic trip. Our flights were on time, the weather was pristine, and once again Traxxas made some big news at the SEMA Show.

In case you missed it, the Traxxas crew unveiled a new body at SEMA. A new body isn’t necessarily huge news, but this one was. Why would that be? Because, their new Ford Raptor body has molded plastic parts to really amp up its scale realism factor. And while the Slash base platform was fairly normal, it too was sport’n a fancy dancy scale style front bumper. So maybe you still don’t get why a couple of “small” changes would be “big” news, so here’s why- it means that Traxxas is getting more into scale realism. With the designers, contacts, and resources that Traxxas has, we can’t wait to see what they have in store for us in 2017 should they decide to go full bore into the scale scene. Nope, we have no idea if they will go that route, but just the fact that their new scale type Raptor body even exists means they are well aware of the trend. And with Traxxas being the company that has set off the last rc car revolutions (T-Maxx, Revo, Slash), they could definitely take scale rc to a completely new level.

Oh yes… there was another car manufacturer at SEMA as well, a little company called Redcat Racing. Redcat used to be bottom dollar cars with zero parts support, now days they have evolved into quite the hobby grade rc company. If you haven’t noticed, you can now buy Redcat cars from Tower Hobbies and just the fact that they had a booth at SEMA shows they are really going after market share. A lot of rc companies complained about how expensive it was to attend the now deceased iHobby show, SEMA is wayyyyy more expensive, so Redcat isn’t afraid to spend some serious bank to get eyeballs on their products. Btw, Redcat was showing off their new crawler that was sporting licensed scale parts from ADD (who’s booth was about 100 feet away). Yes, indeed, it is awesome to see scale realism slowly becoming a reality in rc.

In the end, our trip was rather mind blowing. It was cool to see rc prominently displayed at the show, just like it was cool to see booth, after booth, after booth, of ridiculously hot cars & booth babes. SEMA really has their act together, not only were all their people cool to work with, but the SEMA Show is enormous and still growing. Sadly we have no equivalent in the rc world. Actually, rc does have a trade show in Vegas every year, but the rc tabletop show is more like a gathering of old friends instead of a giant show celebrating how awesome cars are.

To wrap it up, you can bet that we’ll be back to SEMA again next year. Actually we can’t wait. Vegas is a great town to be in, the SEMA show would blow away anyone with a heart beat, and there is simply nothing to not like about it. Heck, maybe even next year more rc companies will adopt the SEMA Show as one for rc. It does have perfect timing for Christmas releases and short sleeve shirts with shorts is perfectly in season during the show. Just say’n…