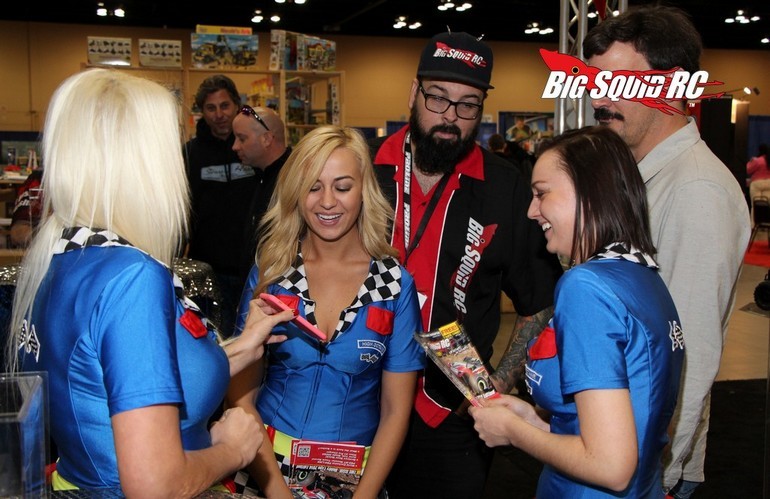 THE Cub Report, Version- What I Really Think of the X-Maxx

Hello rc people, hello world, it is indeed time for another Cub Report.

Like some of you, I’ve gotten in some serious time with the new Traxxas X-Maxx. We posted our unboxing shots this morning and later this week we’ll drop our full review. While our reviews are the culmination of what all of our testers think of a particular vehicle, I rarely post my singular thoughts. Because the X-Maxx is such a big release (literally), I thought I’d go ahead and put out there exactly what I thought about it. In our full review the thoughts of everyone from our noobs to our pro driver guy go into the mix, here are the highlightss of what I really think about the X-Maxx…

2. It’s slow. Ok, so 30+ mph isn’t “really” slow, but when you are used to driving 6S Revos, 30 mph doesn’t knock your socks off. And… the stock power system seems to be near its output limit. Our test unit ran fairly warm, even on relatively cold days (50 F), so there isn’t much room to gear taller. For the fastest name in radio control, I would have expect some gnarly 6 or 8S Castle system to be under the hood, what is actually in there is quite tame (read- cheap).

3. Oh ya, that self-righting system is the cat’s meow. The X-Maxx electronically jams the throttle and brake to pop the truck back on its wheels, thus solving one of the most irritating problems in rc. Props to Traxxas on that one, I wonder how tightly they have that locked down, because Every truck from every manufacturer should come stock with a self-righting system (when they have enough rotating mass and power of course).

4. Another kick ass part on the X-Maxx is its body. It doesn’t use any body pins and was made super tough. Sure, us long time hobbyists don’t think twice about using body pins, but I’ve always hated them. I’ve hated losing them, bending them, and having them “borrowed” (read- stolen) by other people in the pits. With the Traxxas body mount system, there is nothing to lose, nothing to bend, it just plain works. And that body itself is a beast. You can land upside down on it multiple times without it being destroyed. There are too many trucks on the market where one good crash totally mangles its shell, the Traxxas body was made to take a beating.

5. The X-Maxx instantly attracts a huge crowd, even among people who aren’t into rc. Sure, lots of cars turn heads, but we turned more heads with the X-Maxx than we have with in a long time. Rc’ers dig it because it is new and huge, muggles just like seeing something that big catch air. People often ask me “What’s the next big thing in rc?”. Well, right now I am answering large scale. Traxxas has the brand recognition to get people to cut the check for $800 for a large scaler, if it really takes off, which is looks like it will right now, everyone else will follow. Bigger trucks are inherently easier to drive, but also inherently more expensive and dangerous. They could also potentially make more raw money for the manufacturers, so I can’t wait to see where the hobby sits a year from now. Actually, it won’t take that long, two months from now we’ll know if the X-Maxx is the future or a failure, but I do know that every X-Maxx that hit my 3 local hobby shops last week was sold before the weekend was over. A pretty good sign that yes indeed the market is ready for a beast like the X-Maxx.

Ok, you’ll have to read the full review to find out everything we thought of the X-Maxx. Overall, I was a fan of the truck. I wished for more performance, but who’s to say there isn’t an uber platinum version down the pike that has twice the wattage on board. So that’s it ya lunatics, have fun, go fast, and support your local hobby shops and bash spots when ya can.