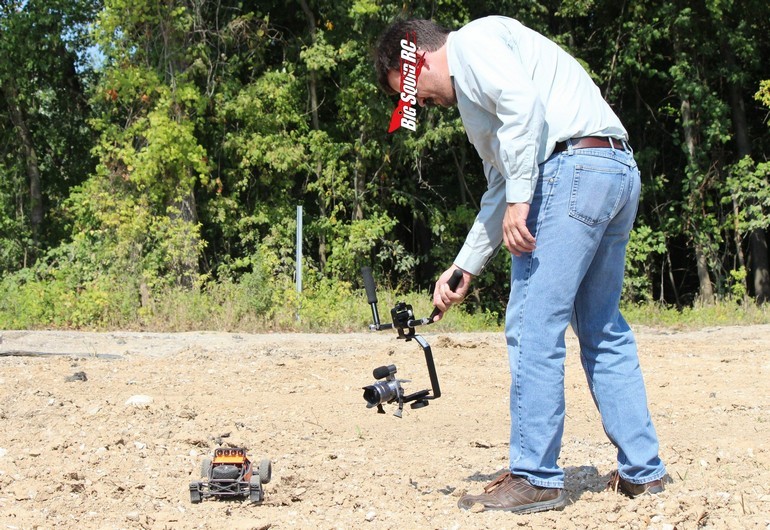 THE Cub Report, Version- What Is a Bash Like?

While some of you have been to an organized bash, my guess would be that the vast majority of you have not. You might be stuck in an office working the rc biz and too busy to make it to a local event, or you might live in a part of the country where there simply are no bashes (which is the vastttt majority). Here is my quick rundown on what it is like to hit an organized bash event.

* You’ll see a lot of pick-up truck drivers at bashes and they use their tailgate for everything. A lot of truck guys use their tailgate as their chair and as their pit table. This is pretty much the basher way, it works as well out in the boonies as it does at a real bash.

* Bashes are rarely held around AC power, so everything is about DC. Most people pop the hoods to their cars and do all their charging in their engine compartment (they run 12v starter boxes up there too). If you show up with an AC only charger, you are going to be bumming off someone else’s charger all day. Want a fan to keep cool? It had better be DC powered. Oh and, don’t forget to start up your car every so often or you’ll be asking for a jump.

* You don’t see many high-zoot pit bags, fishing tackle boxes still rule the roost. Many bashers don’t bring a whole lot of tools or spare parts, thus they simply don’t need a huge (and heavy) bag to transport all their gear. Note to the rc industry- yes, there is a need for a legit basher/tackle box, why should Plano be making all the money on this one?

* Lets say you stroll up to the Average Joe’s pick-up truck bed and take a peak inside, guess what you’ll see? You’ll typically see a very wide variety of products. Racers tend to stick with 8th scalers outdoors and 10th scale indoors, but bashers don’t really care about hot trends, they buy whatever trips their trigger. It isn’t unusual to see a basher show up with a 5th scale, a 10th scale, a boat, an 18th scale, a crawler, and a quad in the back of their pick-up.

* Just because it is broke doesn’t mean the day is over. While a racer type might stop driving after ripping a wheel off on a pipe, most bashers keep on driving until it simply won’t go anymore.

* Most bashers will lend you the shirt off of their back and the shoes off their feet. When your 3 wheeled bash truck finally grinds to a halt because all the teeth are missing on the spur, people will literally fight over the chance to help you out with a spare part, to lend you a tool, or to loan you a vehicle to use.

* You just don’t see a whole lot of kids or women at an rc track, but that isn’t the case at a bash as it is much more of a family affair. Instead of leaving the wife/gf and rugrats at home, many bashers bring them with, which is a nice change of pace, and helps keep everyone in line and having fun.

* While an average race day might start at 7 am and end at 11 pm, bashes are a different story. There isn’t 3 hours of “practice” before things get started, nor are there triple A mains. Some bashes hold a multitude of events to keep everyone going, while others are a show up and have fun anytime you want sort of thing. I’ve never been to a bash that lasted longer than 6 hours, with most of them being closer to 4. How much more fun can you have in 12 hours than in just 4? Not that much, in rc anyways, and at rc races the vast majority of time spent at a track is waiting for your next race, not actually racing. Bashes are a get in, have fun, get out type of affair, while races are- show up, wait around a lot, pay a lot, race a little, then go home type of dealio.

Ok, I am barely scratching the surface on what it is like to attend a real bash, but I’ve reached my word count and you MTV generation people bore easily, so that’s all for this week. Get out and support your local hobby shops, bash spots, and local bash events when ya can.