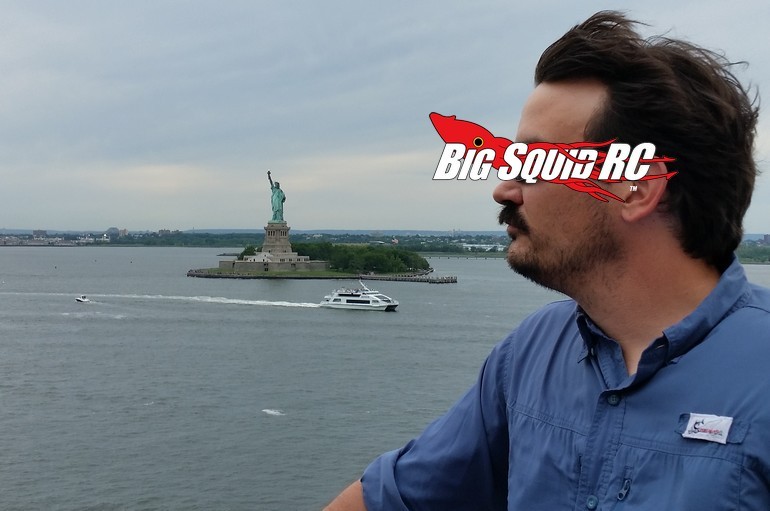 Lets start with the “Big Hitters” shall we…

Hobbico- A relatively quiet year from the Hobbico line of products. Axial continues to be a strong brand for them, even though they didn’t put out a lot of new trucks this year, and ARRMA continues to gain traction in hobby shops. Hobbico announced a bunch of new quads late in the year, a segment that is beyond hot, that are probably going to make a lot of coin before the year is over.

Horizon Hobby- Horizon seems to be doing quite well after a change in their ownership. It has been said that they have enormous financial backing right now, which allows them to try things like picking up Parrot, Yuneec, and FatShark. It also allows them to take a chance on innovative surface electronics like the Dynamite TurboKick. Horizon has done a great job of picking up big new tech names, and their ECX line continues to impress (and sell like crazy), but they have dropped the ball on some of their older lines like Vaterra.

Traxxas- There is a war a brewing, it has been for quite some time, and it seems to be coming to a head. It has been long rumored that Traxxas and their distributors aren’t exactly on the best of the terms, mainly because Traxxas is pushing dealers to order direct, while the distributors sometimes push their in-house lines over TRX products. In fact, a few weeks ago I was talking to a friend that works at one of the big distributors and they referred to Traxxas as being their “enemy”. I found that quite odd as Traxxas products had made the company he works for millions of dollars in the last decade, but it seems things have just gotten that bad between the two. Will TRX pull the plug on the distributors and just sell direct? Will the distributors pull the plug on TRX? Either which way, it is going to be interesting to see how this all works out in the next 12 months.

Also of note on the 2015 Traxxas front was the long anticipated X-Maxx. It had been years since Traxxas released a new platform, so consumers were beyond stoked to see something new. The X-Maxx certainly has it downsides (high price and late release date), but it also has its highsides (it’s new and huge) that just might help propel the surface market to all new highs in 2016.

Pro-Line- 2015 was yet another great for for the P-L crew. They did what they do, put out great bodies and wheels/tires, and did a great job with their marketing. One thing they did not do was announce any new cars/trucks, so it will be interesting if they stay in the car market, or go back to focusing on accessories in 2016.

Thunder Tiger/Associated- Thunder Tiger had a slew of new bash vehicles for 2015, showing they still care about the basher market, but they just didn’t gain much traction out in the market. 2015 had their Associated line focused a whole lot more on race oriented vehicles and seemingly backing away from some of their bash gear from years past. TT/AE has a lot of talented people working for them, but until they really get their marketing program dialed (read- spend more money) it is going to be hard for them to gain a larger share of the market.

Kyosho- Ya know, Kyosho continues to put out some pretty amazing product, and cutting edge too, like their FPV equipped vehicles. Once again, their lack of a big distributor holds back their US sales, although it seems Kyosho America is doing a better job now than they have in years past of getting the word out on their new gear.

Tamiya- Wow, how many ways you can put new bodies on 30 year old platforms? I think Tamiya is trying to find out. Ok, so the nostalgia market might be big overseas, but here in the states people want new from the ground up. I haven’t seen a new release from Tamiya that I’ve actually wanted in about 30 years, hopefully they get crazy and put out some real “new” stuff in 2016.

HPI Racing- Ya know, HPI still has a great reputation, but they had a tough 2015. HPI America seems to be nearly dead, with HPI Europe seemingly running the show now days. They had a number of new releases, but all of them were really late to arrive, and their Octane gas truck, which was supposed to be their savior, was a huge flop. They could certainly turn it around, a half dozen great new vehicles, that make it to the market in a timely fashion, could do it, so I can’t wait to see how they handle 2016. Next year surely has to be make-it-or-break-it for them, here’s to them kicking ass in ’16.

Other points of interest…

The Niche Markets- By this I mean genres like drifting and scalers. Yes indeed, the drifters and scalers make a lot of noise on social media, and the scalers do buy a lot of gear at local hobby shops. Unfortunately for the drifters, their genre has been largely ignored by the big companies, forcing them to buy all their gear from small overseas companies. Formula off-roading has started to really take off in certain areas (and Kyosho even put out FO-XX series trucks), and drag racing still seems to be doing well in some areas. The high-speed run guys seemed to have quieted down some, while hydroplaning seems to be picking up some. Of course good old backyard bashing seems to be gaining a bunch of steam, thanks largely to a bunch of new basher type releases in 2015.

BigSquidRC- It was a fairly quiet year from us. I think we learned a lot, worked our butts off to put out a great product day-in and day-out, and worked hard to increase our numbers over the previous year. 2016 is going to be EPIC for us, so expect a lot of new things. From the way we’ll attack mobile, to all new things you would never expect, we are going true BigSquid style. It took a long time for us to get everything in order to prepare for 2016, I hope you all enjoy the wild ride that we’ll take you on next year. 🙂

That’s it ya freaks, be an extra cool person and give the gift of rc to some of your loved ones this Christmas. I’m sure the guys/gals behind the counter at your LHS would love to see ya, then hit up your local bash spot to see who is hanging out.