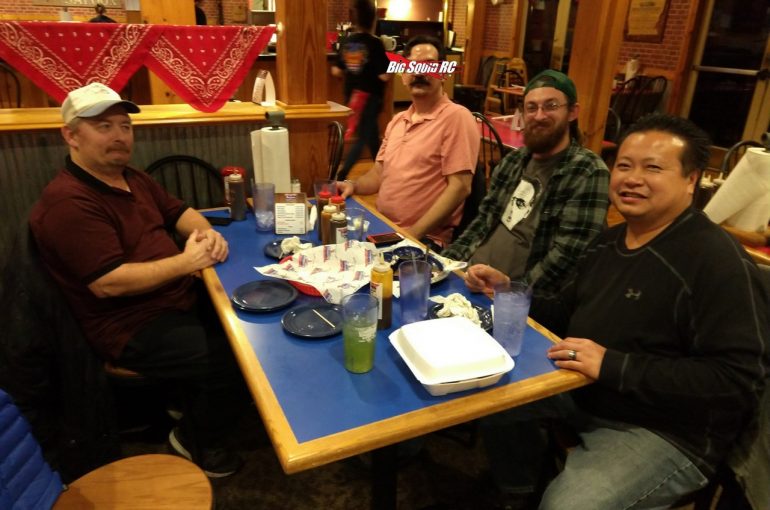 So hello there friends, hobbyists, industry insiders, etc, welcome to THE Cub Report. As is my “norm”, we are early here in 19′, a time when I’ve been talking to other industry people to try and get a feel for what the marketplace might be like this year. So what might the industry have waiting for us in the coming 12 months?

1. Number 1 is an easy one, more scale everywhere! Of course scale crawlers keep getting more scale and more scale (doors that open, detailed engine bays, etc), the news here is that scale styling cues will start turning up in other genres. For example, expect to see even more scale type monster trucks, on-road cars, etc. With all the big rc manufacturers locking in big licensing agreements with full scale companies, expect to start seeing things like fully licensed tires on more and more non-crawler releases.

2. A cartoon/comic movement? That’s right folks, with the success of Tamiya’s Comical Grasshopper, expect to start seeing more cars like it. Rumors are certainly swirling about more comical releases from Tamiya, but you can also see that type of look beginning to take off with some of CEN’s new releases as well (F500 Q Series for example). Comical/carton style cars are a blast to build and drive, and perfect for bringing new people into the hobby.

3. FPV. OK, so I’ve been saying FPV for like decades now, but it is coming! I swear! A couple years ago Dromida put out the first RTR FPV truck, last year ECX put out an FPV truck, and just this week Team Associated put out an FPV set. Think about that for a minute, even Team Associated is jumping into the FPV game. So while the vast majority of rc consumers aren’t ready for FPV yet, they will be in a few years, and I do expect several new FPV car announcements this year.

4. Large scalers for the masses. As both you and I have seen over the last couple of years, manufacturers have been releasing more affordable large scaled vehicles (bigger than 1/8). Instead of a large scaler always costing more than a grand, now they typically cost less. The giant Losi SRR is a good example of this (less than 800), as are vehicles like the large scale Rage RZX (under 500), etc. Large scalers may take up a bunch of room in your garage, but are worth their weight in gold when the going gets super gnarly. People also love buying big cars, and with more releases under the $1000 price point, expect to see even more people driving something large scale this summer.

5. Taking some chances. Like mentioned in ASK Cubby, I can really see some manufacturers taking chances this year. And as new as the year is, we already have an example of that. Like I mentioned above, AE just put out an FPV kit!!! Associated is well known for being ultra-conservative, but when the industry gets like it is right now, expect other companies to venture into new product territories, put out cars and trucks you would never expect from them, etc.

6. Nuremburg will give us a great idea on how 2019 is going to be and it starts in just a couple of weeks. Typically, the show over in Germany is where the manufacturers will drop a bunch of big spring releases (for tax $$$ return season here in the states too). The Nuremburg Toy Fair has all the big American names, as well as all the big European and Asian manufacturers. I have heard about a couple of big releases slated for the show, but for now it is just a waiting game to see what the big names have in store for us this spring.

So there is a small list of what I think may be on the way for 2019. Thanks as always for reading, and drop by your local hobby shops and bash spots when ya can!