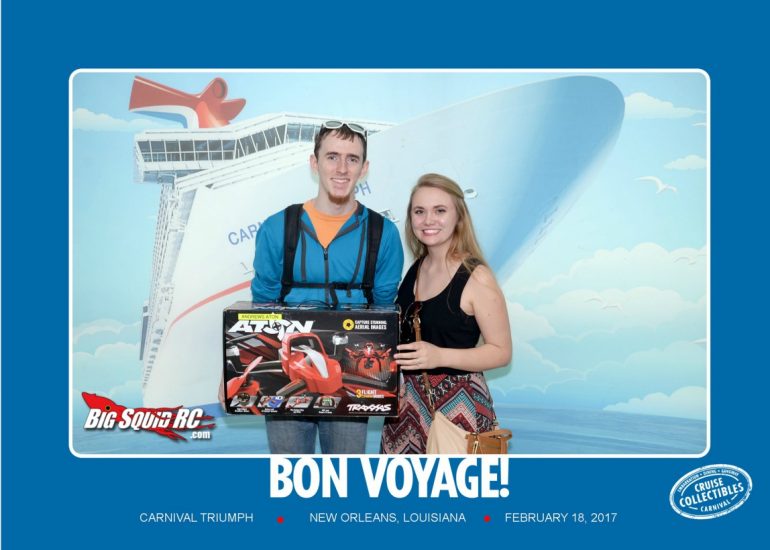 Traveling With a Drone

Have you ever been getting ready for a trip and had the strong urge to bring your drone with you but weren’t really sure if it was allowed?  Well today we are going to talk about taking your drone on a cruise ship. Your experience may differ depending on which cruise line you go with and how shady you look as an individual. Just kidding about that last part… hopefully.

My wife and I had been planning a cruise for a while and I really wanted to take my Traxxas Aton with me. I could find plenty of information on the web about traveling on an airplane with a drone, but couldn’t find any regarding cruise ships. We ended up cruising with Carnival, and at the time I couldn’t find any information on their website either. I really wanted to know what the procedure was for taking a drone on a cruise ship. Instead of doing the responsible thing and calling the cruise company to find out for myself, I just packed the Aton up and hoped for the best. If you are looking for more information about the Aton you can check out my review by visiting this link.

We drove down to New Orleans to board the ship, and once we were in the waiting area multiple people started asking me questions about my quad. I saw people pointing and smiling and others started talking about their own drones amongst themselves. I had conversations with several different people about drones just while waiting in line. Most people had the same question, “Are you allowed to bring that on the ship?”. I honestly didn’t have a clue.

My wife was getting pretty nervous as we got closer to the x-ray machines. She kept asking me, “What if they take it and don’t give it back”. That’s when I started getting nervous. Once we got up to there and x-rayed the drone, the employee working the station told me to go over to a check in table. I thought to myself, “Well, it was nice knowing you Aton”. Once we went over to the table the Carnival employee told me that they used to confiscate the drones and only gave them back to you while you were in port. She wrote my cabin number down and my last name- making a note that I was in possession of a drone. She then told me I was allowed to keep the drone in my cabin as long as I only flew it in port. I was assured that they would know if I flew it while on the ship and that it would be confiscated if I did. I sighed in relief and continued onto the ship.

Two days later we ported in Cozumel, Mexico. I only had one goal in mind, to fly. I had made it this far so I might as well fly at least once. My wife and I got in a taxi and told the driver to take us to a quiet beach. Though, no beach in Cozumel is quiet, the one we went to was fairly tame. I didn’t feel super comfortable flying, because it was so windy. I only flew half a pack but the Aton handled the wind very well. All in all, it was a great experience and a perfect opportunity to promote our hobby. Cruise line rules are going to vary depending on which company you decide to cruise with. I recommend calling your cruise line ahead of time to see what kind of restrictions they have. Pack your LIPOs in a LIPO safe bag and always remember to Know Before You Fly.