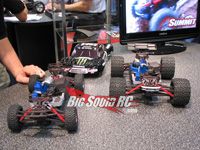 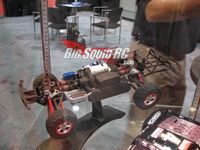 Ok, this was probably the biggest surprise of the iHobby Expo for 2008 so far! Hidden away in this little glass case were these two VERY early prototypes, so early, that they were almost models. The 1/16th E-Revo featured a brushless motor, while the Slayer EX had a brushed setup. They have oil filled shocks, battery compartments with snap shut doors, and they are even water sealed for mud and snow action! These things looked really cool, and I can’t wait to get my hands on them! While Traxxas might be a little late to the ‘mini’ party, I’m pretty sure they will still be the life of that party! We’ll say they are fashionably late? These vehicles should be avaliable in early 2009! 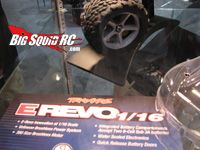 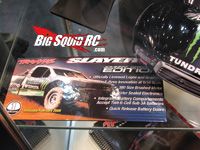 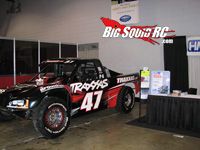