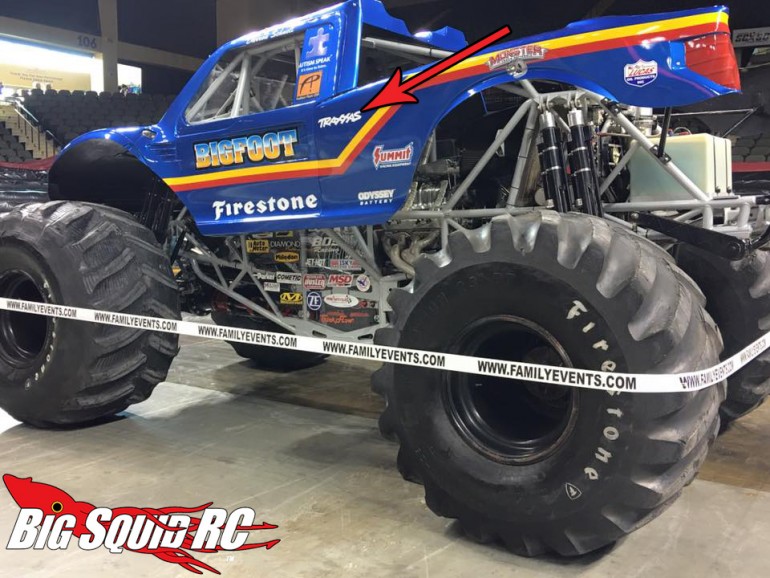 Traxxas and Bigfoot 4×4 Teaming Up?

Being our resident monster truck fanatic here at Squid HQ, the first part of the year is always most exciting to me. January – March is officially “Monster Truck Season” as that’s when all the various circuits are running indoors at stadiums and arena each weekend. As such, this time of year is also when the teams debut their new paint jobs and bodies for the year.

Well, earlier this evening legendary monster truck team Bigfoot 4×4 shared the above picture on their Facebook page (we added the arrow for emphasis). That’s when I noticed something…different. That’s a Traxxas logo on the truck, and it wasn’t there last weekend (again, I’m a monster truck nerd so i pay attention to these things).

So what does this mean? It sure looks like the Texas giant has paired up with the godfather of the monster truck industry. In what capacity? Could it be a licensed X-Maxx? Some new vehicle all together? Maybe something non-r/c related? We don’t know but here’s to hoping it’s something cool!

For more Traxxas news on BigSquidRC you can click here.