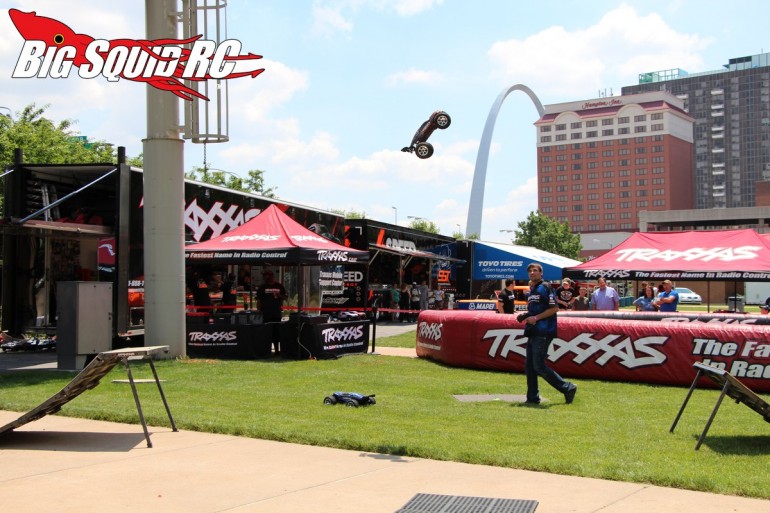 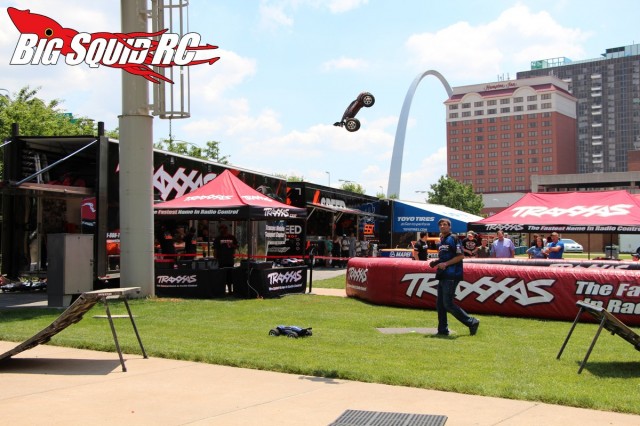 One of the biggest supporters of the new Stadium Super Truck Series is Traxxas. At the round held last weekend in St Louis Traxxas was in full force, not only showing off their hobby grade rc vehicles, but also racing for the win in the full scale Stadium Super Truck class.

Traxxas has been a great ambassador of our hobby for years now. In St Louis they brought along one of their popular “try me” tracks. The “try me” track gives the general public an opportunity to drive one of their hobby grade rc trucks and to learn more about how fast they are.

Alongside the “try me” track was a demo area with large ramps where Traxxas kept E-Revo’s running all day. The E-Revo’s were catching massive air with the St Louis arch as the backdrop. Also, Traxxas put on two rc demo’s in front of the rabid Stadium Super Truck fans during breaks in the full scale race program. If a person showed up to watch the full scale trucks without knowing anything about hobby grade rc, they certainly left with a much greater awareness thanks to Traxxas.

All the guys at BigSquidRC would like to thank Traxxas for their hospitality at the SST event. Traxxas not only made the event a blast for us to cover, but they also help make it fun for anyone attending a Stadium Super Truck event.

To get more information on all of their products HERE is the link to the official Traxxas website.