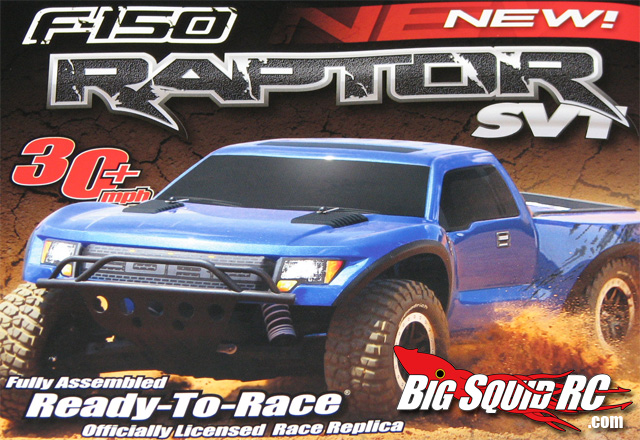 New from Traxxas is the Ford F150 Raptor SVT. According to the description, it’s based on the Traxxas Slash platform. We are pretty sure it’s a slash with a F150 body on it, but way it’s worded, it’s as if it’s a whole new vehicle. It comes with the Titan 12T Brushed motor, 2.4Ghz radio system, and BFGoodrich replica tires. It’s also being marketed as ‘Ready to Race’. Last time we checked, there were more versions of the Slash then we could count. It’s interesting that they are not calling this a Slash. I guess if it worked for the 1/16th scale line, they can do it for the 1/10th scale stuff as well.

We don’t see any official link on the Traxxas website yet, but it will probably be there soon.

UPDATE: Got a few new details about the truck. It will have lower rear body posts. And all four body posts may be adjustable! Also we have heard the chassis and most everything underneath will be in BLACK not the normal Traxxas grey.