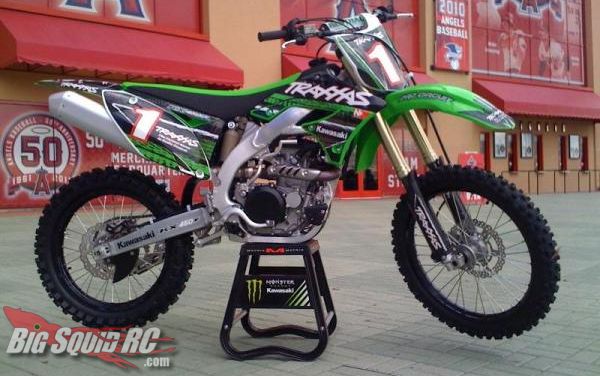 In a never ending attempt to market their small racing toys to big racing fans, Traxxas have now taken to giving away full scale motorcycles.  You may have recently heard (elsewhere, because I apparently dropped the ball) about Traxxas putting up the cash to become the “Official RC Truck of Supercross.”  Well to capitalize on that, at every round of the Supercross 2011 season Traxxas will be giving away a Kawasaki KX450 dirt bike that’s dolled up in Traxxas sponsorship style.  No details about how the giveaways are going to go down have been given yet, but I suspect you’ll have to attend one of the rounds of the Supercross 2011 season.