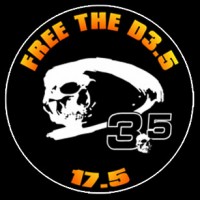 After a recent ROAR ruling banning the previously legal Trinity D3.5 17.5 turn brushless motor (also known as WireGate on the forums), Trinity have just announced they (along with Fantom Racing, EAM, and Putnam Propulsion) are bringing a class action lawsuit against the sanctioning body. Here is the press release from Trinity-

“It is with great regret that I must inform the racing community that lawsuits have been filed against R.O.A.R. this morning the 26th day of February 2013 in the State of Florida. Case # CA-13-976-16W and ROAR and Plaintiffs to appear before Judge Dickey for resolution. A class-action suit pending involving Trincorp, EAM, Fantom Motors and Putnam Propulsion is now in place with the Court System and will have to be defended. We as a group have done everything in our power to negotiate with ROAR, asking for a time period for new specifications using this new protocol testing to allow time for manufacturer’s and consumers to adjust to their new protocol yet using the same vague rules but we were denied! Our goals are to protect our good names and our customer base from purchasing new motors for a season that has not ended due to the precocious and what we feel irresponsible behavior of ROAR to change the “testing protocol” which has been used for over 30 years, terminate both Independent Labs, keep a rule “with no maximum tolerance listed in the rule and be arrogant enough to still leave it “as is” have left us no alternative at all than to allow a “fair and equitable” court system to decide the “fate” of all involved with the D3.5/17.5 it’s customers both National and International and it’s race organizers and promoters.

We look forward to a reasonable and quick decision by the Court so we can all get back to enjoy racing the way it should be. We also hope that the Executive Committee of ROAR can see and understand the misfortunes of this case and the wrongful action by a select few of their own and rectify this situation as quickly as possible to restore the “independent and equitable atmosphere” ROAR should exhibit to all it’s members and affiliates will ultimately restore the confidence again to the ‘buying public”. It is obvious that ROAR holds a great responsibility not only in rule-making but also in confidence for consumers to purchase products on their approval which is why rescinding an approval after 10 months (when there was no change in the motor) for the personal gain of some of it’s directors and or manufacturer’s they are aligned makes the action of ROAR so profound and must be heard in a court of law!

We will be bringing you more information as we receive it, until then HERE is the link for Trinity, and click HERE for ROAR’s website.