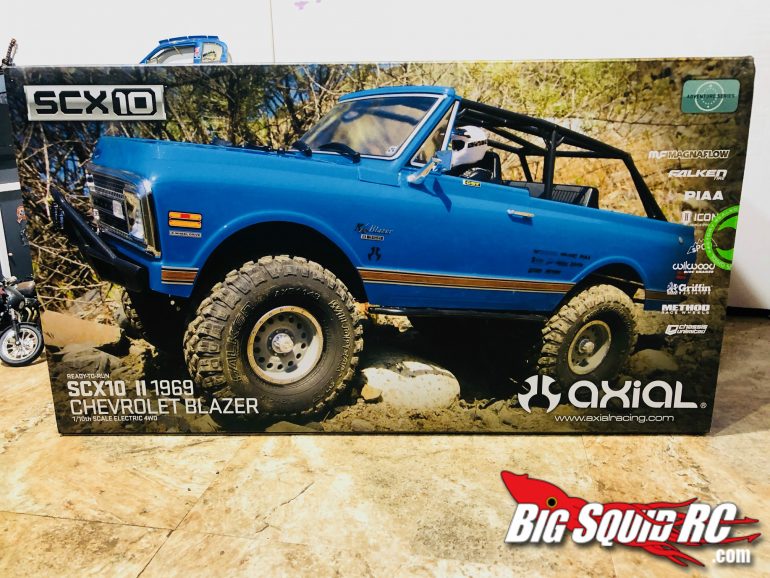 New Toy!! We have the new Axial SCX10 II 1969 Chevrolet Blazer. Last winter there was some rumors flying around about Axial releasing a 1969 Chevrolet Blazer, and thankfully the rumors were true! As a Chevy and Axial fan myself, The release of Axial’s 1969 Chevrolet Blazer is a RC fantasy come true. We will have a full review and video coming soon. Until then we have some unboxing photos for you. For more Info hit the link http://www.axialracing.com/products/ax90058 to read about SCX 10 II Blazer on Axial Racings web page. For more news from Big Squid on Axial Racing click the linkhttps://www.bigsquidrc.com/?s=axial stay Tuned!!