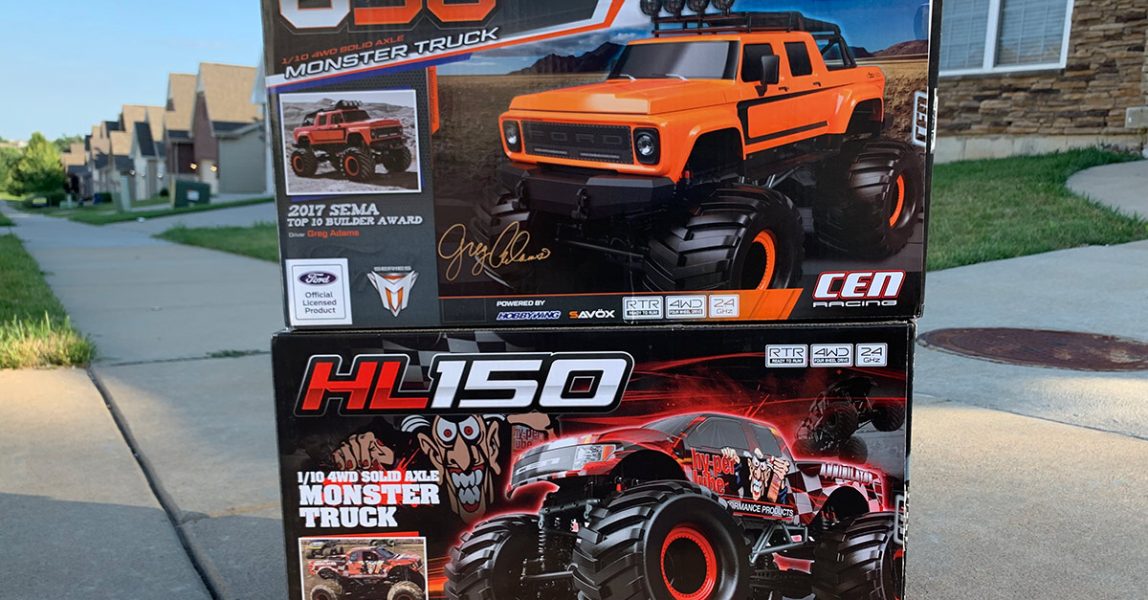 Calling all solid axle monster truck fans- we have not one, but two of the new CEN Racing Solid Axle Monster Trucks in the house! The red HL150 and bright orange Ford B50, to be more precise. Hey, it ain’t every day that the hobby sees a new release of a truck like this, so anticipation is high.

Both of these trucks are officially licensed replicas. The HL150 is a miniature version of the Hy-per Lube Annhilator, while the Ford B50 is a faithful recreation of Greg Adams’ award winning SEMA build that combined a 1979 Ford F600 crew cab front end with a 1979 Bronco rear bed.

CEN has been showing these trucks off at big solid axle monster truck events the past several months, and now, with the release imminent, the production models are here and ready to be flogged. And flogged, they will be. It’s going to take a couple weeks to test them, but until then, have some unboxing photos, why don’t cha? You can also find more info on the CEN Racing website.

Click on This Link to see more unboxings on BigSquidRC. 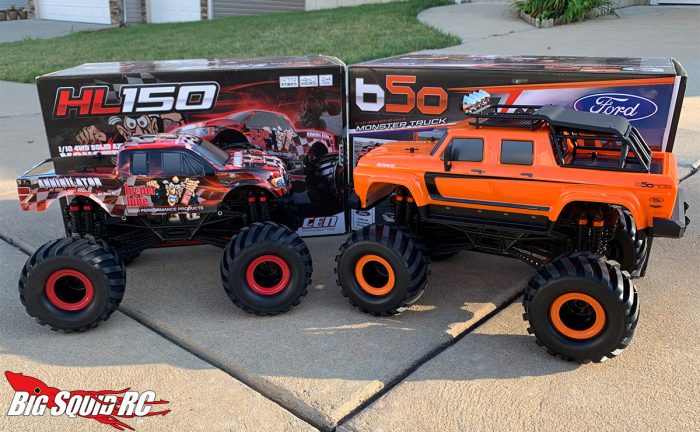