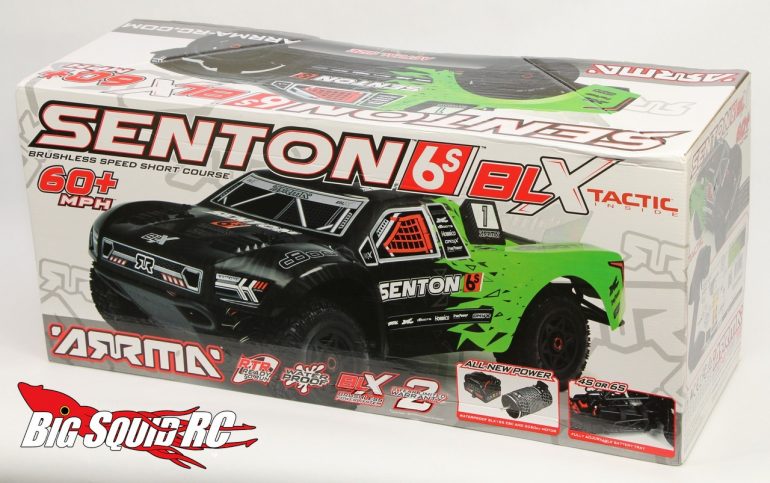 The folks over at ARRMA doled out plenty of upgrades on their 2016 line-up of vehicles. We recently unboxed a brand spank’n new 2016 Senton to give you a look at what’s inside the box, plus to take a look at some of those upgrades.

The new Senton received a face-lift via new livery, but its real improvements came in the electronics department. A Tactic TTX300 now controls the show, while a larger motor and new ESC are used for more power and reliability. The price point stays the same at $429 but long gone are the “t-style” connectors in favor of XT90 units.

We are feverishly working up our full review on the new Senton, until then, hit up This Link to get more details over on ARRMA’s official website.

Can’t get enough ARRMA news? Find more at This Link on BigSquidRC.