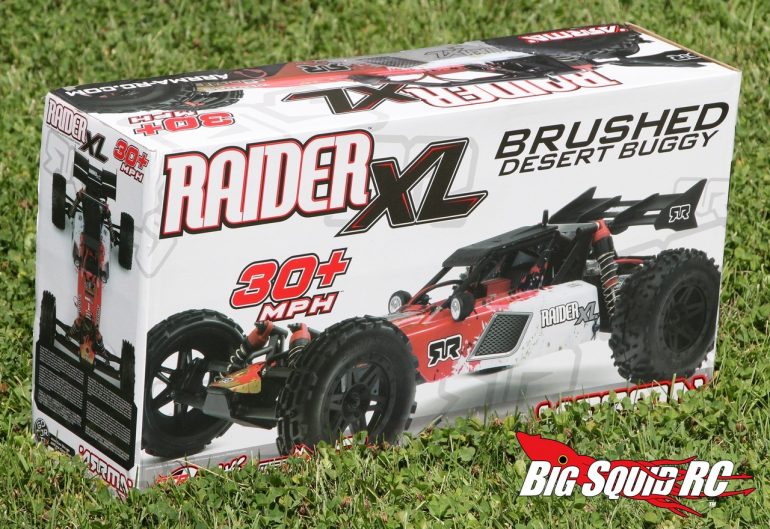 Do you remember several years ago when the rumors came out about a new car company called ARRMA? The first teaser pics featured the Raider, a unique looking buggy that set internet on fire. Since then ARRMA has come an incredibly long way, and the Raider has too. The Raider XL was offered in brushless BLX trim last year, for 2016 ARRMA decided to release a Mega Series Brushed version.

The Mega Series version of the Raider XL is much like the BLX but comes with a much lower price point. No, it doesn’t have the crazy power of the brushless version, but if you are new to the hobby or on a budget, the large form factor Raider XL was made for you. The Mega Series Raider XL has features like a metal gear diff, Tactic TTX300 transmitter, oil filled shocks, waterproof electronics, and 15 turn motor. They are in stores right now with a low price point of just $179.

As we pulled out test unit out of the box we shot pictures to show you at home what it looks like to crack one open. Hang tight for another week or so while we finish up our full review, but so far the Mega Series Raider XL has been a complete blast to drive. If you are looking for more details on the Raider XL you can find them over on ARRMA’s Official Website or you can click on This Link to see more of our unboxings.