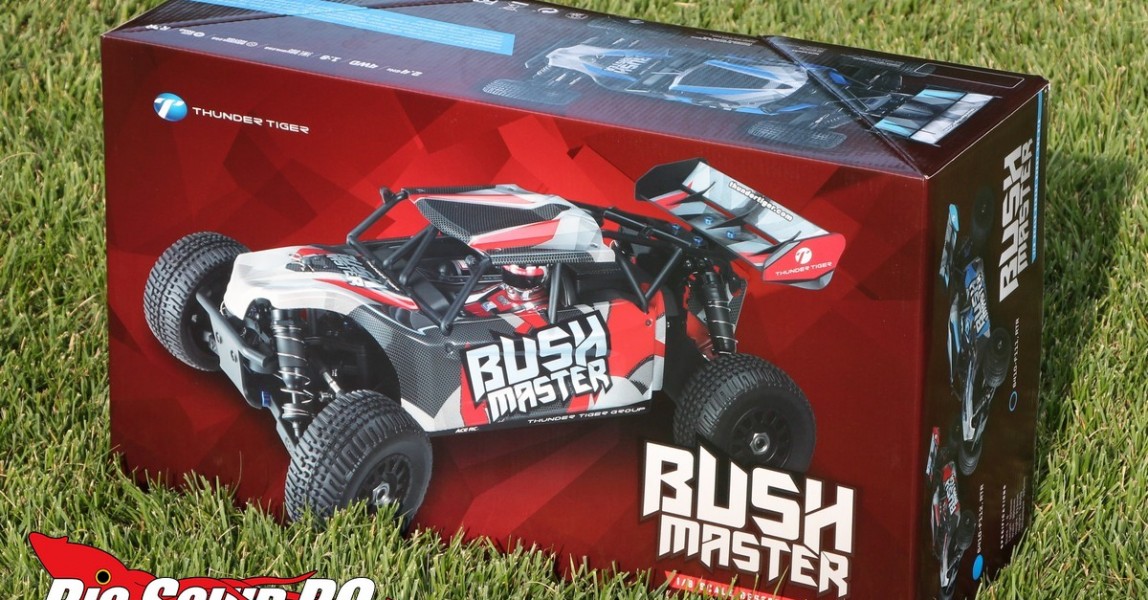 Thunder Tiger has become a well known name in the bashing world. Their incredible MT4 G3 series bash-mobiles caught not only our attention, but also bashers from coast to coast. For 2015 Thunder Tiger announced several new models. We tested their Kaiser eMTA a few weeks ago and recently we received the new Bushmaster. Like the Kaiser, the Bushmaster is a beast featuring a powerful brushless power system, 4wd, and an 8th scale drive-train.

When we unboxed our review Bushmaster we took a bunch of pictures to show you exactly what it looks like after the seal is broken. As you can see by the pictures, the Bushmaster comes pre-built and ready to hit the local bash spot. No batteries are included, but it does come with an ESS One sound module to give it that extra bit of scale realism.

Our full review should go up in about two weeks, until then you can hit up This Link to get full details on the Bushmaster over on Thunder Tiger’s official website.

See more unboxings at This Link on BigSquidRC.