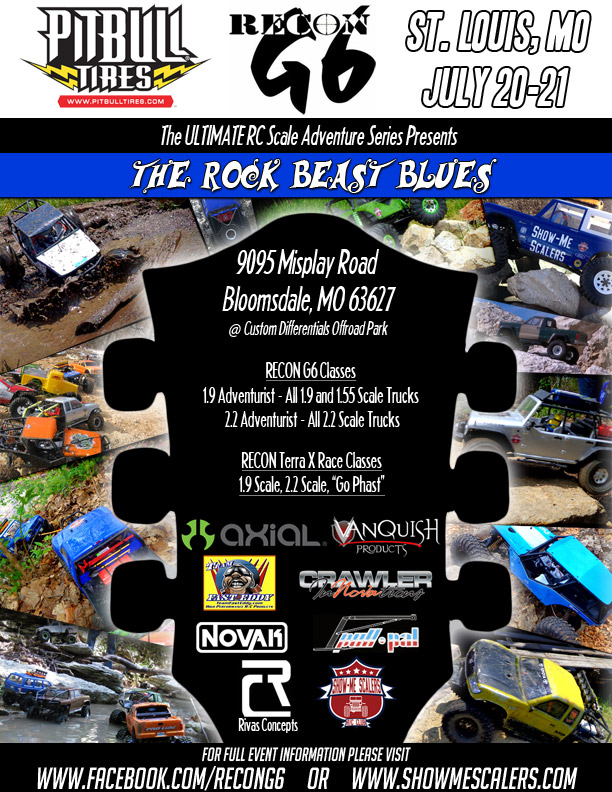 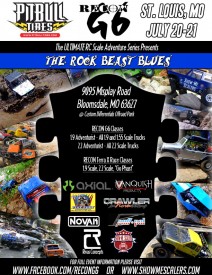 It has just been announced that the Recon G6 tour will make its way through St Louis Missouri on July 20-21. Drivers from several states will converge on Bloomsdale Missouri (about an hour South of St Louis) to take part in the various classes and stages of what makes up a Recon G6 event.

For those of you that may not have heard of one before, a Recon G6 event is about drivers testing their skills while driving very scale realistic Axial crawling machines over various terrain. Rocks, logs, mud, and water typically make up a Recon G6 course. Recon G6 events are also famous for their HOG rule, a concept to keep things as scale realistic as possible.

Getting more information on the St Louis round of the Recon G6 touring is easy, click HERE for their official Facebook page, or HERE for the Show-Me Scalers website.

Want to learn more about scale realism? If so, check out THIS LINK right here on BigSquidRC.