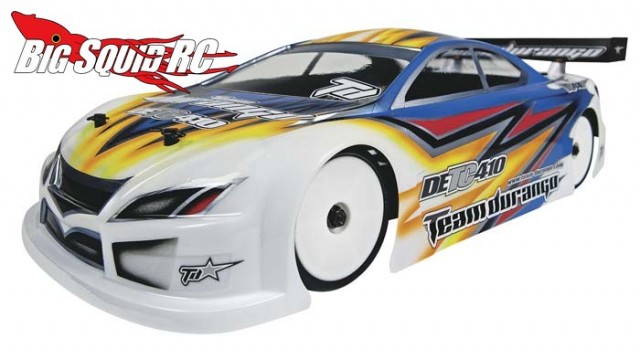 Team Durango has been teasing their new DETC410 high-end touring car for months. Now they’ve released a video that shows one of their team drivers, Elliott Harper, building the first production unit. The video is sped up to show the entire build, in the end it looks like a pretty trick piece of machinery.

The Durango DETC410 has a part number of #TD102023, they should have a street price of just under $400, and we are told they should start showing up at your LHS in late February.

For more Durango news on BigSquidRC check out This Link.