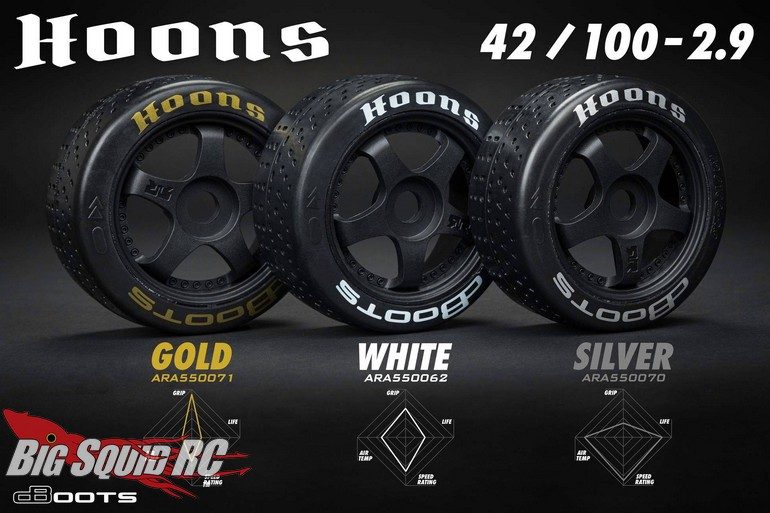 The crew at ARRMA has announced new Tire Compounds for their extremely popular HOONS Belted On-Road Tires. The new compounds range from gold compound, which is perfect for colder temps or to get maximum grip levels, to silver, which was designed for hotter temperatures and for longer life.

The ARRMA dBoots HOONS Belted Tires are street priced at $29. For more ARRMA News, simply click on the link.