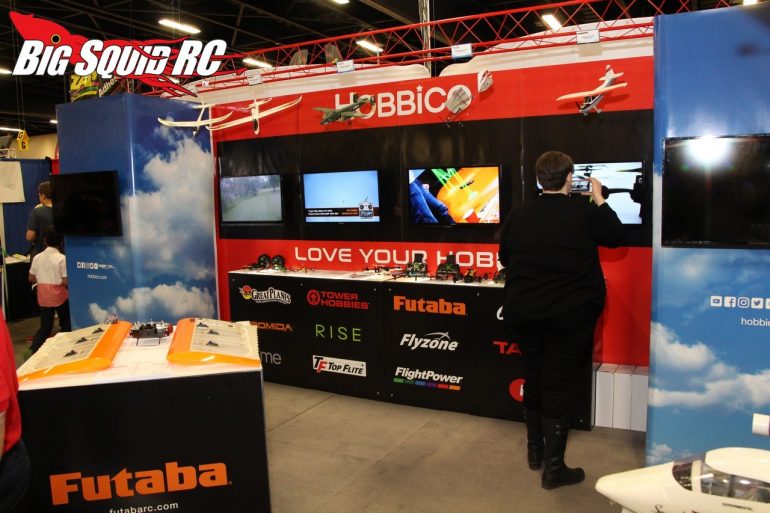 Another company making a huge showing at the 2017 Weak Signals show in Toledo was our good friends at Hobbico. The Hobbico crew had a giant booth sporting all of their latest air products. On the drone side of things they were showing off the very popular RISE Vusion House Racer, as well as the RISE RXS255 race machine. There was also a bunch of radio gear in the booth from Futaba and Tactic, including the new Futaba 6K V2 that we got to hold in our hands for the very first time.

Hobbico had a large display to show off all four of the new Tower Hobbies Mustang airplanes. These are very affordable and have great scale styling. Also being shown was the Uproar V2, a plane we posted about last week that is making a big splash in the air market right now.

Elsewhere in their booth, there was always a long line of people waiting to try out the RealFlight flight simulator, which now comes with all sorts of cool aircraft to fly. The Hobbico booth was also showing off some of the latest high-end race engines from O.S. for the surface nitro racing crowd.

With all the new technology on display, we ended up spending a lot of time with the Hobbico crew learning about some of the advances in the air market. A lot of time and engineering has gone into their new airplanes to make them the most enjoyable experience possible for all you pilots out there. If you would like to check out all of Hobbico’s products, simply use This Link to go visit their website.