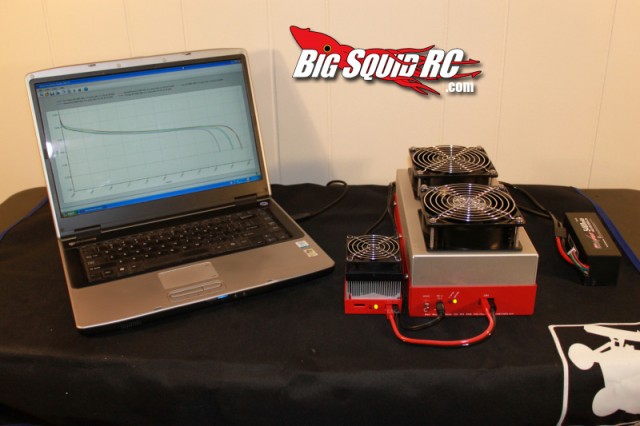 If it’s Tuesday, that means BigSquid is posting an all new uber review. This week I’ve been elected the “lucky” review writer, so lets jump in knee deep on a very handy test instrument, the venerable West Mountain CBA.

What does a West Mountain CBA do? In simplest terms, it tests batteries. When I say it tests batteries, it tests a ton of different types, from small 100 mah to large 8,000+ mah capacities, from Lithium Cobalt to Lead Acid, it is capable of testing virtually any type of battery you are ever going to use in a surface rc.

How does it test my batteries? The CBA applies a constant electronic load to your batteries, by doing so, this allows you to find out how good (or bad) your batteries are. The load testing performed by the CBA will give you the capacity of a battery, as well as the battery’s voltage and output wattage at any point during a test/discharge. 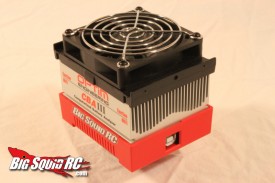 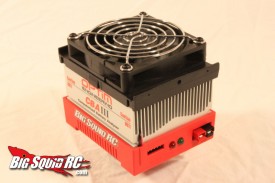 Why would I need one? For the BSRC bashing crowd, the West Mountain CBA is a safe, reliable way to test any battery you think is going bad, or to find out just how good your batteries are performing. Do you have an old Lipo pack that doesn’t seem to provide much runtime anymore? The CBA will tell you if it has indeed lost some of its capacity. Have a 7 cell Ni-mh pack that isn’t making your truck go as fast as it used to? Testing it on the CBA will tell you if it’s putting out plenty of voltage (or very little). Does your transmitter pack only last a couple hours instead of a couple weeks like it used to? The CBA will tell you if the pack is over the hill or still in good shape.

Do I have to use a computer with a CBA? Yes you do. None of the tests can be performed, nor can any of the test information be viewed without a computer.

I suck at computers, is the software easy to install and use? I found it very easy. If you are computer savvy enough to be reading this review on the internet, then you are savvy enough to install and use the West Mountain software. You simply insert a CD into your computer and it guides you through the process. The install process went very smoothly for me, and it only took a few minutes to know all the in’s and out’s of how to use the software.

Will the CBA damage my batteries? If used properly, absolutely not. But… it is possible to damage batteries due to operator error. For example, the software will automatically recommend a safe test level for the type of battery you are using, but if the operator selects a higher discharge rate than the battery was capable of handling, damage could occur.

What is the best thing about the CBA? Well, there are a couple of major high points. The CBA is capable of handling high Lipo cell counts (up to 55 volts), and it’s also capable of higher discharge levels than its primary competitors (even more so when used with a West Mountain Amplifier). Perhaps the best thing about the CBA is how burly it is. The CBA and the West Mountain amplifiers are no freak’n joke, they are built from the ground up to be tanks. 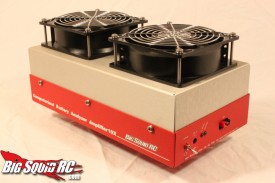 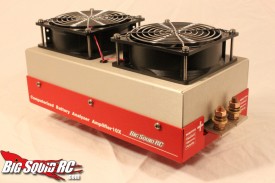 Fess up, what are the downsides? A base 150 watt (capable of just over 15 amps on a 2S Lipo) CBA is actually fairly affordable at around $130. But, if you are looking to test at higher amp rates, the amplifier you must add to discharge at 500 watts (nearly 60 amps on a 2S Lipo) runs an additional $730. The West Mountain gear isn’t cheap, but then, the best never is.

1. The base 150 watt CBA is certainly capable of testing the tar out of smaller capacity packs, and can test 1S packs up to roughly 30 amps. It’s also small enough to bring to the track or bash spot with you. IMO, if you are just checking batteries at low “C” rates, the base CBA rocks. If you are looking to test your batts at higher “C” rates the separate amplifier is a must have addition.

2. The included software for the CBA was a dream to work with. The software never wheezed. Nice when something works as it should.

3. All the West Mountain gear came set up for extreme loads. Big wire was used where needed, as were quality connectors. The West Mountain gear looks like it was designed to be used 8 hours a day for years, it should last a veryyyy long time in an average consumers hands.

4. The CBA makes it fun learning how your batteries stack up. All the data from testing is logically shown in graph form on your computer screen, you can literally see at a glance if a battery is good, bad, or how it stacks up against previous packs you’ve tested.

5. The CBA is accurate. How do I know this? By testing it of course! I used separate (and quite uber) voltage and amp meters to see just how the numbers stacked up, and they were dead on with the readings the CBA was posting. 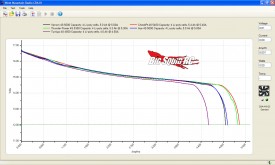 Here’s a shot from our 4s Lipo Battery Shootout where we put the CBA and Amplifier to good use! It helped us graph and track a lot of important data during all of our testing.

Time To Bash – 8.0/10 – This isn’t a pull it out of the box and be bashing in 60 seconds type of product. You’ll have to install some software and solder on a connector or two, but for what it is, it’s fast and easy to set up.!

Workability – 10/10 – There is nothing to service, and all the connections are fast and easy to get to. Software very intuitive to use.

Car Show Rating – 800 -800 – Just how the F’ am I supposed to rate this? Seriously. LOL! The CBA is something you’ll rarely be take’n to the bash spot to show off. Could it have been better looking? Sure, I’d have thought it looked better had it been plated with platinum, but then the price would have been a few thou higher. It looks quite burly as is, which is exactly what you are looking for in a battery tester/discharger.

Bash-A-Bility – 10/10 – All the West Mountain gear was tough as a tank. They eat nails and sh#$ bricks. While I didn’t try it, you could probably mount it to your Savage and jump it off the roof of your house and not have any problems, it’s that tough. But seriously, we have yet to have any problems with our unit, and we’ve been using it like we stole it for months now. It’s quite obvious it was intended to be used hard on a daily basis.

Big Squid Rating – 10/10 – Tentacles.. The West Mountain CBA is the hands down king of dischargers, there is none better. Whether you are a basher wanting an accurate and reliable method of testing your batteries, or if you are a battery geek who enjoys testing batteries more than actually using them, the West Mountain is the top of the line. Period.