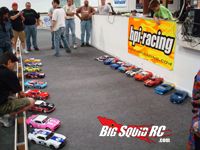 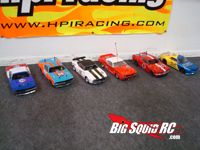 East Coast Trans-Am Shootout
Vintage Trans-Am racing is alive and spreading across the country like a wind driven Santa Anna fire storm. This class is popping up at local club races everywhere bringing both old and new drivers back into our sport and hobby. With being able to use any TC 4wd chassis, hobbiest are now being able to pull back out their old cars they once ran and put away because every time they turned around there was a “New Improved” version of what they had, so in the closet and collecting dust it went because it wasn’t affordable to keep up. Truly a vintage class because we are seeing touring cars back on the track that has gone by the way side so to speak.

The USVTA ( www.usvintagetransam.com ) is the sanctioning body behind this exciting new class. It’s goal is to bring back to our sport and hobby both old and new drivers just wanting to have a good time and get back to grass root racing by having a class that is slower and more affordable and yes, a little close door to door competition of course. Fun and Laughter is contagious at these events.

The East Coast Trans-Am Shootout was held at the “TRACK” in Gaithersburg, Maryland. The layout was an open carpet road course style done to increase the chance of seeing side by side action and exciting racing. This facility and hobby store has been in the same location for many years and has seen big races come along including Regional and National Championships. Now it was time for a “New” or should we say “Old” era of racing! 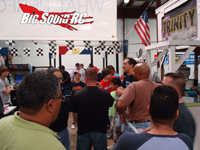 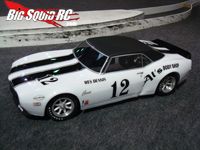 The days event started off with a pumped up drivers meeting with 32 vintage cars making the races and some very big hitting Pro Drivers as well in the mix. Following was a Concourse with some very impressive paint jobs sporting the true feeling of the Trans-Am era of the day. Chris Green took the win with a gorgeous replica of a 1970 #86 Boss Ford Mustang, complete with photos.

The Qualifying began at 12 o’clock sharp and with the sound of the first tone racing was hot and heavy all the way to the third round with some intense nose to tale and side by side drafting, biding for the twelve coveted spots in the A Main at the end of the day.

After all the beating and banging was done and the quals were complete, the wrenching for that one perfect setup was over. The fields were now set for the mains. 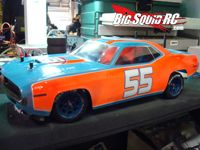 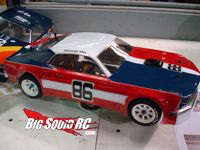 The only complaint heard in the pits for the day was how the 21.5/lipo setup was what you had to have if you wanted to run up front with the fast guys. The 17.5 and 27t setups use to be the bomb but just didn’t have a chance even if you drove the tightest line you still were going to get passed by the 21.5 cars. This is were the FDR (final drive ratio) should be looked into and changed to get the cars yet a bit closer. So if you drove a 17.5 or 27t you just settled in and did what you could to hang on for position. Since the introduction of the 21.5 setup to the USVTA it has become apparent that this once “Stock” form has upped it’s game a little. Take it from experience, if your getting into VTA go ahead and go for a 21.5/lipo setup. That is where it’s at.

After the lower mains were run it was time for the “Big Show”. everyone in the house jammed up against the track to get in on the excitement. Pro Driver Robbie Dodge was TQ for the day but as the drivers went to tech they were surprised to find that there was going to be a twist. Drivers were asked to draw numbers for the starting grid and it shook up the field a bit putting Robbie back to forth and moving second up to first. MICROMAN qualified 12th and drew lucky #7, he hoped? Every car lined up in a Lamans start. After the first turn usual pile up, racing was tight up front for the length of the race with the middle of the pack racing back and forth trying to advance their position. At the checkers was Robbie Dodge taking home the coveted title. Check out the A main video here….http://www.youtube.com/watch?v=UBaZPCZLhxs 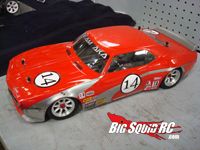 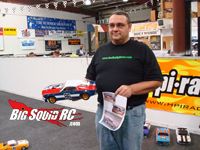 All in all, everyone had a great time and a lot of info was gained by having a big group of these cars all in the same place at one time. Vintage racing is here to stay. So much that they will be pitted with the worlds top drivers next year at the 2009 Snowbird Nationals. Come and race your VTA at the worlds largest race of the year.

“One Day, One Class, One Champ…..One Heck of a good Time!” That is surly what you got at the East Coast TransAm Shootout. Be sure to make plans to attend the 2nd annul race next year. Check out a VTA race around your local tracks today and get hooked like so many others have!

Check back soon to find out where MICROMAN will be next…………….
Wesley “MICROMAN” Dennis 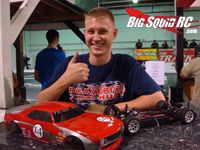 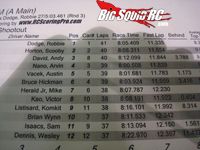 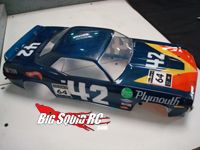