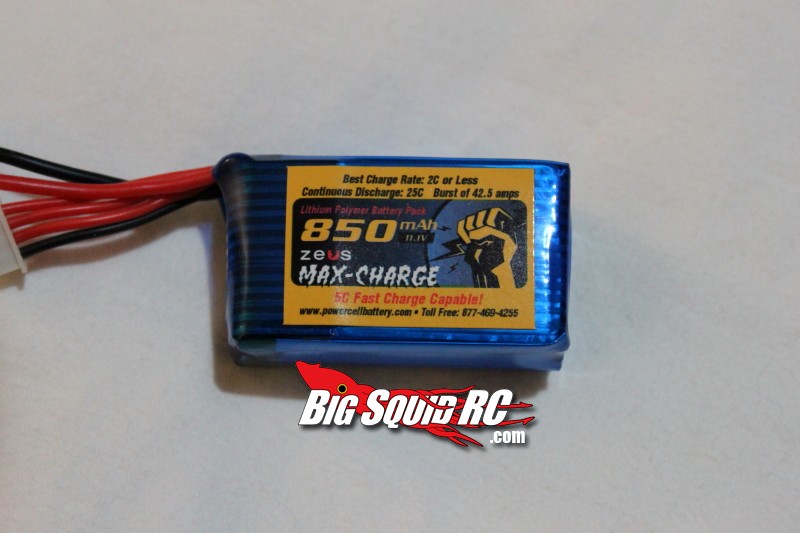 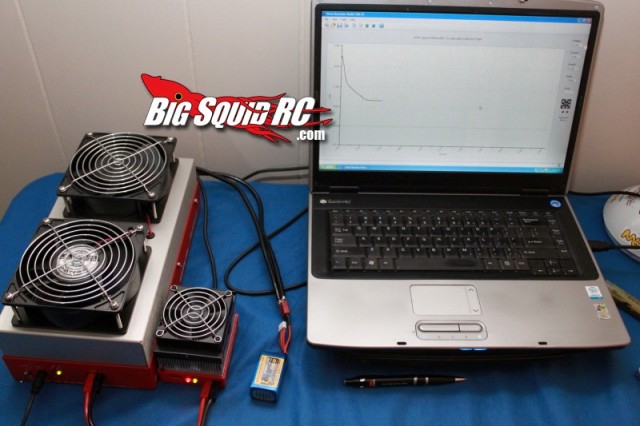 There are a zillion LiPo battery companies out there, a new one on the scene is Chi-Town based Zeus Batteries. Today we’ll be taking a good close look at one of their small 3S 850 mah LiPo’s to see how it stacks up. Are Zeus packs indeed a step above “mere mortal” batteries? Come on, lets see! 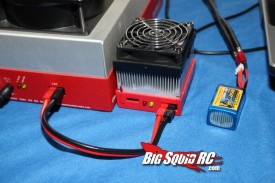 What’s In The Box: Our test pack came ready to jam with a Deans connector pre-installed. 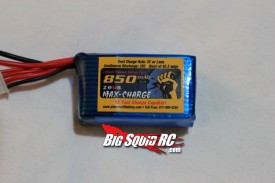 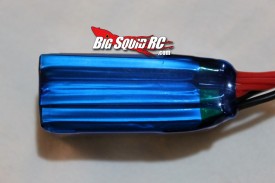 Build Quality: While I didn’t tear the pack apart to inspect the innards, the Deans came properly soldered, the balance plug looked good, but the main power wires were arguably a bit on the small side. 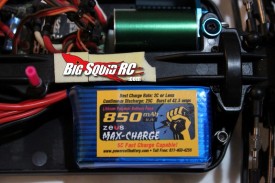 Driving Impressions: Popping the Zeus 3S pack into our 18th scalers definitely made them crazy fast- like mash the trigger and hope you didn’t slam a curb or pipe at Warp 6 kind of fast. If you are used to a stock 6 cell Ni-mh going to the Zeus 3S LiPo will rock your world for sure. Compared to more elite 3S LiPo’s on the market the Zeus had decent yank but lacked runtime. The more elite LiPo’s we compared to the Zeus were all of higher capacity, yet fit just as well in the battery trays of our test trucks.

Yes, I know the 30C discharge we performed on the pack was out of spec, but that’s what we do around here. The Zeus was listed as a maximum of 25C continuous and it did not like 30C one bit. LOL It didn’t really have a discharge “curve” at 30C, it was more of a straight vertical line, but because that was out of spec it should not be held against the Zeus. The fact that we tested it at 30C and the Zeus lived to fight another day should be considered a big plus.

All the other curves are pretty solid, albeit for some roughness early in some of the curves. The 20C graph is impressive for the price point of the Zeus. 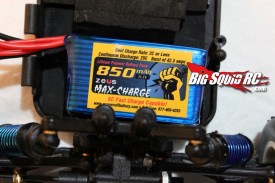 Time To Bash – 9.5/10 -The Zeus comes with a connector already soldered up, and if indeed it is a 5C charge pack you can be on the track in no time.

Bash-A-Bility – 8/10 -Our Zeus pack lived through our abuse, even when we tested it at a continuous discharge rate that was well above its stated 25C maximum continuous discharge. We had no issues with the cells venting internally (puffing), however we did dent and ding the pack while driving because it did not have a hard case to protect it. We would really like to have seen the Zeus come in a hard case.

Power- 8.0/10 -Compared to a cheap/stock 6 cell Ni-mh the Zeus 3S is a drive-shaft destroying rocket ship.

Value- 8.0/10 – There are cheaper packs on the market and there are more expensive, the Zeus comes in on the more affordable end of the spectrum.