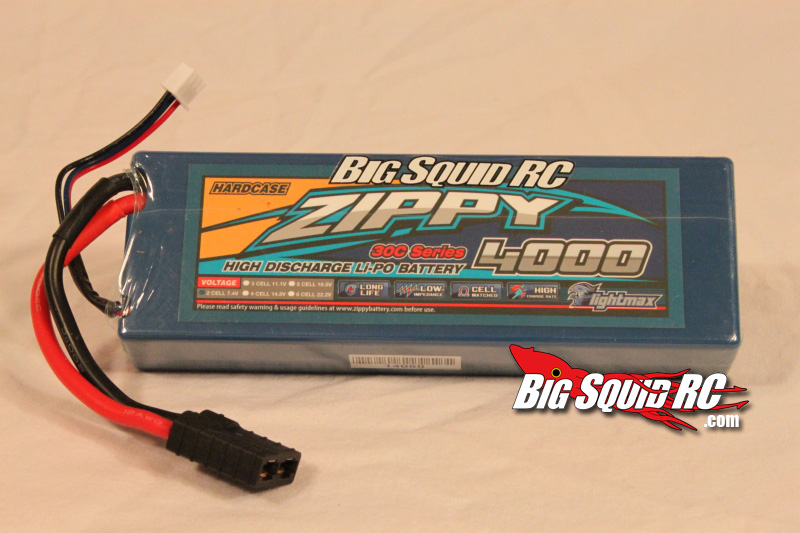 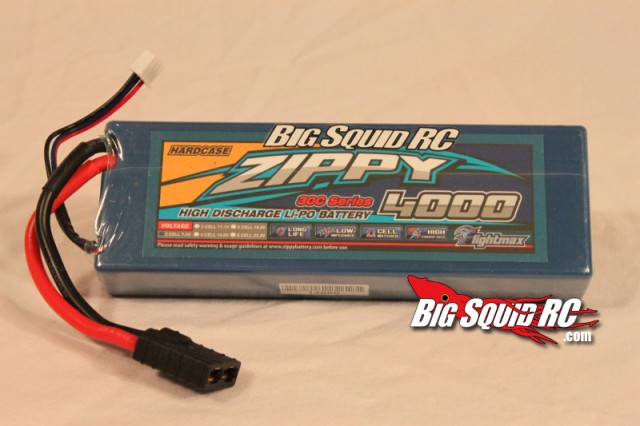 Back in 2004 there weren’t many choices in Lipo batteries, but today there are literally hundreds of companies that sell them. HobbyKing seems to be one of the most talked about Lipo companies, so this week we’ll be taking a closer look at one of their offerings, a Zippy 2S 30C 7.4v 4000 mah. 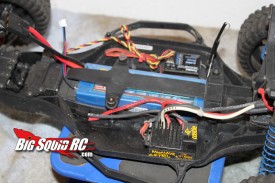 Fit– A battery is of no use if it doesn’t fit properly, the Zippy fit into every vehicle we tried with no problems. 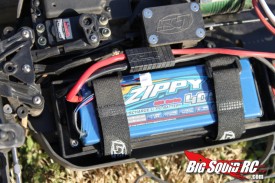 When compared to Ni-mh stick packs, the Zippy gave superior performance. The Zippy spun the tires more easily from a dead stop and had better pull all the way up to top speed. On the other side of the coin, when comparing the Zippy to some of the more elite Lipos on the market, the Zippy came across as having less punch out of the hole, with significantly less rip on top, and less snap up jump faces. For the record, the Zippy 30C we tested generally isn’t considered the best that HobbyKing has to offer, so perhaps their 40/50C cells would feel faster, but the 30C unit we tested was noticeably slower than other higher “C” Lipos we tested it against. 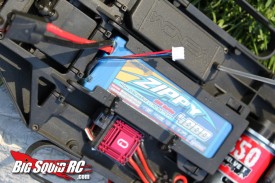 General Notes-
We experienced no issues with the pack while testing. On the bench, and day-in/day-out, the Zippy performed with no complaints.
Our pack came with shrink wrap over the top of its hard case, something that is a bit unusual. 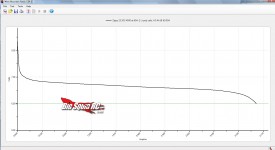 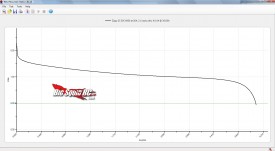 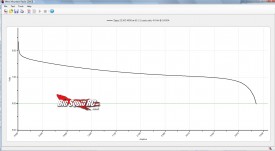 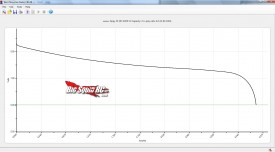 As with all our stuff, if you see us at a track or bash spot, stop by and say hi! Maybe you can take a test drive, or at least get some sweet stickers!

Time To Bash – 7.0/10 -Is the included connector a good one? We weren’t taking any chances, so we installed a Traxxas unit, taking us a bit more time to get going than normal.

Workability – 8.0/10.0 – Should you have to work on the Zippy pack you’ll have to cut off some heat shrink before taking on the hard case.


Car Show Rating – 7.0/10 – The Zippy comes across as a bit bland, then add the heat shrink over the top and you’ve got an average looking pack.


Bash-A-Bility – 10.0/10 – Taking on a 60 amp continuous load is no joke, neither was tackling the Mamba Monster system in our test Losi Ten-SCTE, yet the Zippy suffered no ill effects. The Zippy was also involved in numerous big crashes (testing its shock resistance) and we experienced no problems with the pack.


Big Squid Rating – 8.0/10 – Tentacles. The Zippy 2S 30C 4000 is a respectable performer at a reasonable price point. Is it the best in its price category? That’ll have to wait for the next shootout. 🙂

Speaking of lipo’s, why not check out one or two of our lipo battery shootouts. They will tell you a lot about lipo’s with a ton of comparisons!